A Wilsonville woman was originally sentenced on Feb. 2, after pleading guilty to one charge of promoting prostitution. 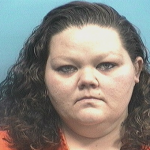 Chelsea Marie Joiner of Wilsonville was sentenced to 10 years in prison but her sentence was split to one year in prison and five years of probation for promoting prostitution of persons under the age of 16.

Joiner was also required to pay $50 to the crime victims compensation fund, she is to have no contact with the victims, their families or property and Joiner must register as a sex offender for the rest of her life and participate in the community notification act.

Joiner was arrested after Pelham police were called to a mobile home park about possible prostitution activity on April 21, 2012.

Brittany Michelle Pruitt was also arrested with Joiner. Pruitt had been arrested previously in April 2012 in connection with a prostitution ring involving girls younger than 16.

Pruitt received the same original sentence and then her sentence was also split into a one-year prison sentence and five years probation.