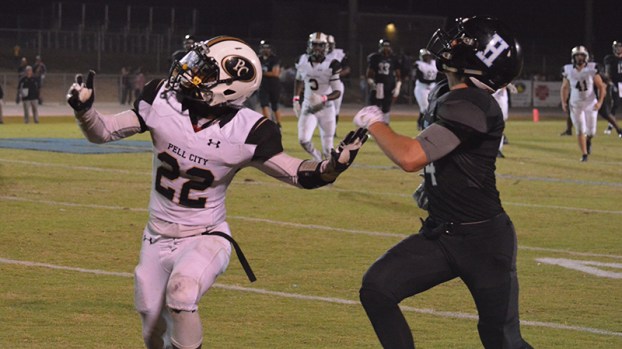 The Helena Huskies will travel to take on Oak Mountain in a spring football game on Friday, May 19. The Huskies look to have better success in 2017. (File)

HELENA–The Helena High School varsity football team is coming off a tough season in 2016, but now that it’s in the rearview mirror, the Huskies look to bounce back starting with the spring football game on May 19.

Helena will have lots of new faces and opportunities for players to step up and fill positions entering the 2017 season as the Huskies were loaded with seniors in 2016.

The Helena spring football game will be one of the more intriguing games in the county because of the turn over on the roster. Helena head coach Watt Parker, as well as assistant coaches, will be looking for certain individuals to step up and make plays in a game-type atmosphere before the Huskies enter summer workouts.

Helena will travel to take on Oak Mountain on Friday, May 19 at 7 p.m.

The Eagles compete in arguably the toughest region in the state in Class 7A Region 3. Oak Mountain is coming off a similar season like Helena finishing with a 3-8 overall record in 2016 and a first round playoff loss. They will try and bounce back in 2017.

Helena had lots of changes coming into the 2016 season with the main difference being the change in classification.

In the Huskies first two seasons in Class 5A they made the playoffs and won the school’s first playoff game in school history in 2015.

Beginning in 2016, Helena moved up to Class 6A Region 3 and struggled with the transition that resulted in a 3-7 overall record and missed a trip to the postseason for the first time.

In 2017, Helena has a very similar schedule compared to 2016 but look to have better results in year two in Class 6A Region 3.

Helena will have almost a brand new backfield in 2017 after the departures of senior quarterback Riley Davis and senior running backs Devan Walker and Nash Adams. Coming into 2017, quarterback Lawson Peoples will have a slight edge at the position after starting a handful of games in 2016 because of Davis being injured. Walker had several solid seasons for Helena at the running back position and will be tough to replace but the Huskies will look for someone to emerge in the spring and summer.

Helena returns the main core of its receivers, as Justin Stuckey and Dionte Tolbert will look to be senior leaders at the position in 2017.

Spring football in many ways is a glorified scrimmage but in Helena’s case, it will be a chance for many players to ascend the depth chart and impress coaches heading into the season that begins on Sept. 1, with a home game against Mountain Brook.