COLUMBIANA – A 33-year-old Pelham man who pleaded guilty last year to abusing his power while he was employed with the Shelby County Department of Human Resources is being held in the Shelby County Jail without bond after police said he allegedly exposed himself to a woman who was giving him a massage at his house in May. 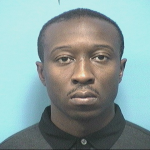 Brandon Howard Daniel, who lists an address on Hayesbury Lane in Pelham, was booked into the Shelby County Jail without bond on July 11 after Shelby County Circuit Court Judge Daniel Crowson issued a warrant for Daniel. The arrest came at the request of the Shelby County District Attorney’s Office after Daniel was arrested by the Pelham Police Department in early June and charged with harassment.

In October 2016, Daniel was sentenced to three years on probation after pleading guilty to threatening to take an Alabaster woman’s children if she did not perform sex acts on him.

Daniel, while serving as a DHR employee in August 2013, told a female client “that if she would have sex with him that he would not take her children away from her.”

His indecent exposure charge came when Daniel exposed himself in the victim’s home “under circumstances he knew his conduct was likely to cause affront or alarm.”

While he was on probation for the 2013 charge, Daniel was arrested on the Pelham harassment charge after a female victim filed a complaint against Daniel.

According to the District Attorney’s Office, Daniel met the victim at the Purple Onion restaurant in Pelham.

“During the month of September 2016, at the Purple Onion, Mr. Daniel made a comment to the victim about her hands and fingernails being pretty,” read the DA’s Office request to revoke Daniel’s bond. “Mr. Daniel stated that he was an amateur photographer and would like to take photographs of her hands sometime.”

According to the DA’s office, Daniel allegedly sent the victim a text message in May asking if he could take photos of the victim’s hands, asking if the victim would be interested in cleaning Daniel’s house and asking if she would give him a massage for $60.

The victim allegedly came to Daniel’s home on March 29, and Daniel “explained to the victim how he wanted his house cleaned. He then took pictures of her hands and feet.”

Daniel then allegedly said he was ready for the victim to give him a massage.

After the victim massaged Daniel’s back, Daniel allegedly turned over, removed the towel, exposed himself to the victim and performed a sex act on himself, according to the DA’s office.

“The victim was shocked and gathered her belongings to leave. Mr. Daniel asked if she was leaving and the victim replied ‘Yes, I’m leaving,’” read the DA’s office description. “Due to her hands being oily from the massage and the door being locked, she could not open the door, so she asked Mr. Daniel, ‘Would you please open the door? I’m leaving.’

“Mr. Daniel asked the victim to talk to him about it, and the victim stated she did not want to talk about it,” read the DA’s office description. “Mr. Daniel then opened the door and the victim left the home. While the victim was reporting this offense, she did not know the offender’s last name. The victim only knew his first name, address and that he claimed to be a former police officer.”

According to the DA’s office, Daniel has fulfilled the reporting and payment requirements required through his probation, but the office requested Daniel’s probation be revoked due to the new harassment charge.

“Daniel has not yet completed a full year of his three-year probation sentence, and has already received a new charge for a sex offense,” read the DA’s office request.

Crowson has denied multiple requests to lower Daniel’s bond since his July 11 arrest. Daniel is now set to appear in court in late August for a hearing on his probation revocation.