ALABASTER – A pair of Birmingham men are facing up to life in prison after they were recently indicted by a Shelby County grand jury on two counts of first-degree robbery.

First-degree robbery is a Class A felony, which is the highest non-capital offense outlined in Alabama law, and carries a possible sentence of between 10 years and life in prison upon conviction.

The charges stemmed from the armed robbery of the Med Center Shell station near Shelby Baptist Medical center off U.S. 31 in Alabaster on the morning of June 6.

Bray and Tompkins were arrested by the U.S. Marshal’s Fugitive Task Force on June 12

According to the Alabaster Police Department, witnesses saw the two men enter the store with handgun and take money from the clerk at approximately 7 a.m. on June 6.

No injuries were reported in the robbery, Alabaster Police Department Lt. Grant Humphries said at the time of the arrests.

Both Bray and Tompkins are currently being held at the Shelby County Jail on bonds totaling $250,000 apiece. 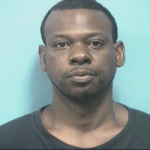 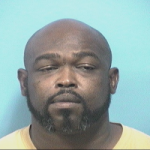