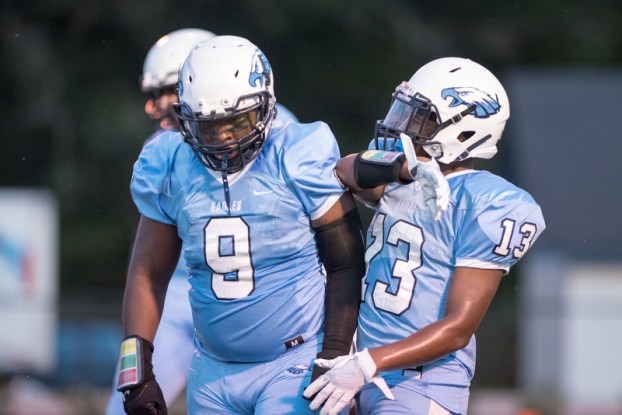 Calera was able to pick up its third consecutive win by taking down Central-Tuscaloosa 22-14 in a tightly contested region matchup. (File)

By Chris Megginson | For the Reporter

TUSCALOOSA – As Calera took victory formation Friday night for a 22-14 win at Central High School, Andrew Zow looked on from the visiting sideline with a light glow from Bryant-Denney Stadium in the distance across 15th Street, less than a mile away.

The win is Zow’s first on a sideline in Tuscaloosa since his 2001 senior season as quarterback of the University of Alabama Crimson Tide.

“It’s great to be back in town and get a chance to compete against Coach (Dennis) Conner and his guys, and to get a chance to coach over here, having played right down the road. To get a win with it is even better,” Zow said. “It’s nice to come back and be this close to the practice field, and if all the lights were on (at Bryant-Denney), you could see them.”

It was also a homecoming of sorts for Calera assistants and Alabama football alumni Antonio Langham, Bart Raulston and Shontua Ray.

Calera jumped out to an 8-0 lead after a touchdown pass from Cornelius Brown IV to Cameron Day, followed by a safety on a punt return. The Eagles stretched their lead to 15-0 with a 22-yard touchdown run by Tyler Agnew and Zach Ford extra point.

Central answered with a 33-yard touchdown by Jaden Thomas to make it 15-6 with 20 seconds left in the first half.

The Central Falcons picked up two more points when Calera’s Dee Woodson backtracked on a punt return and was dropped in the end zone for a safety, making it a 15-8 game.

Woodson later turned a short pass from Brown into an 85-yard touchdown to extend Calera’s lead, 22-8, early in the fourth quarter.

The Falcons continued to fight, pulling back within eight, 22-14, on a 16-yard pass from Thomas to Lakeith Sparks with 5:57 to play. Calera stopped the 2-point run.

Trenton Yowe helped seal the win with an interception with less than two minutes to play.

“I’m super proud of our guys to come out here and get this win in a tough fought game. We’ve got to be put in that position and hopefully we learn from this,” Zow said.

Calera edged Central in yards on offense, 290 to 246, with Brown throwing for 158 yards on 10-of-18 passing and two touchdowns. DeCorean Mickens had 94 yards rushing for the Eagles on 18 carries, while Agnew finished with 38 yards rushing.