Helena fights but runs out of steam at No.… 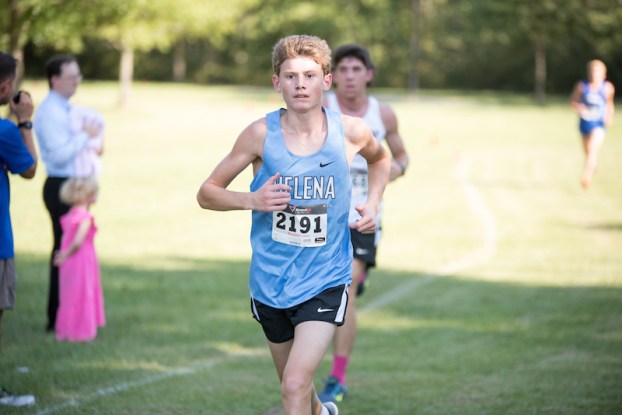 Helena’s boys and girls both finished in first at their own event on Saturday, Oct. 14, as they had a combined 12 runners finish in their respective top 10. (File)

HELENA – The Helena boys and girls cross country teams have had solid starts to the 2017 season and now that we are past the midway point, both seem to be clicking at the right time after winning their host event at Helena High School on Saturday, Oct. 14.

Helena’s boys impressed by almost completely sweeping the top 10 as the Huskies took the top 8 spots in the standings.

Calera’s Riley Gay, a freshman, and Jake Pearson, a junior, also had nice races finishing in ninth and 11th, respectively.

Vaughn, who finished the race in 17:46.84, picked up his first win of the season, but grabbed his fourth top 10 of the year having finished in seventh twice and third once. He has yet to finish lower than 22nd this season.

Helena’s girls also made a statement as they took the top four spots in their race with Abigail Ford, Ana Watters, Allison Tanner and Mackenzie Rosener finishing first through fourth.

Ford, Waters and Tanner are all sophomores that have led the Huskies all season.