Ready for Santa: HES students have fun at holiday…

COLUMBIANA – Shelby County High School senior Tyler Morris recently earned an ACT composite score of 36, which is the highest score possible. According to a press release from the Shelby County Board of Education, this is the second time in two years that a SCHS student has earned a perfect score. 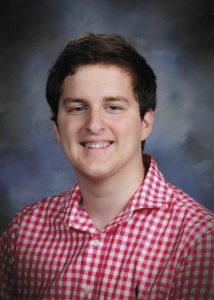 Additionally, Morris also received a perfect score of 12 on the optional ACT writing portion, which is scored separately.

Before taking the test in October, Morris said he opted to study on his own rather than taking any ACT prep classes.

“I did a lot of practice tests, and I went through and assessed my mistakes,” Morris said.

He said he was surprised at the results, which he received in November.

“I honestly didn’t think my performance was 36-worthy,” Morris said. “I opened it up at midnight, and I was completely shocked. I couldn’t go back to sleep.”

Morris said he plans to major in biology and minor in Spanish when he gets to college. He said he has been accepted to Auburn University, the University of Alabama and Birmingham Southern College and has also applied to Duke University and Vanderbilt University. Ultimately, he said he hasn’t decided which college he plans to attend.

Unlike Morris, SCHS Principal Barbara Snyder said, due to his love of learning, she wasn’t at all surprised at Morris’s score. Snyder said Morris regularly tutors other students, which has beena tremendous help for some of his classmates.

Morris is the Valedictorian of the SCHS class of 2018 and is the son of Scotty and Lisa Morris. In addition to his perfect ACT score, Morris has taken numerous Advanced Placement courses, serves as SGA president, serves as the SCHS National Honors Society president and is a member of the Scholars’ Bowl team and math team.