HOOVER – A Birmingham man faces four felony theft of property charges after he was arrested for stealing tires from businesses in Shelby and Jefferson counties. 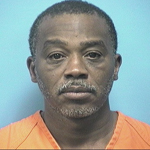 He is charged with two counts of theft of property in Shelby County and two counts in Jefferson County.

The Hoover Police Department requested the public’s help in identifying a suspect in the case, posting video surveillance to social media of a male stealing tires outside on display at Hoover business locations.

Driving a Ford Fusion, the suspect pulled up next to the businesses then load up tires that were outside on display.

The total value of the tires taken was reportedly more than $3,500.

A preliminary hearing has not yet been scheduled.