HUNTSVILLE – Despite two great shots in the final three minutes that came within inches of a goal, the Westminster at Oak Mountain boys’ soccer team was unable to defend its 2018 state championship with a 2-1 loss to Bayside Academy in the first round of the Final Four on Thursday, May 9, at Huntsville’s John Hunt Park.

Despite playing as good or better than Bayside for a good portion of the game, the Knights couldn’t overcome a 2-0 halftime deficit, as the Admirals took advantage of two great looks early on.

The first of those two goals came just 1:50 into the game as Sergi Cabrian slid into the box and was able to find some space in a cluster that eventually ended with him beating the keeper for a 1-0 advantage quickly.

Westminster responded well and went on to string together several passes and great possessions, but the Knights couldn’t crack the back line to find a great shot on goal.

While they continued to have the better possessions, Bayside was able to get a few breakaway opportunities and play the ball into the box. It took a while for the next great look, but with 12:30 left in the game, Trey Clements got the look the Admirals were looking for.

As he slid toward the ball deep into the box, Clements took his shot as he was falling down, but with it coming off a rebound in a cluster, the keeper was still trying to recover. With him out of position, Clements lined the ball directly into the back of the net for a 2-0 lead.

That carried into halftime as the Knights didn’t play a bad first half, but found themselves on the wrong end of the score.

Early in the second half, Westminster kept up the great possessions and came out with even more determination, which was a scary combination.

That led to a quick score, as Price Leonard sprinted up the right side and deep into the box before sliding a pass over to teammate Matthew Krulak right in front of the goal for an easy shot to cut the deficit to 2-1 with 33:48 to play.

Westminster continued to push and look for the equalizer and got several good chances over the next 25 minutes of play, but great defense from Bayside matched each attempt, including a kick save by a defender on a shot that would have gone in without the deflection.

Then, over the final three minutes, the Knights came extremely close to pushing the equalizer across twice.

With 2:42 left, John Richardson slid into the box and while sliding extended his leg as far as he could to reach the ball and caught it with the tip of his shoe, but the ball trickled a foot left of the post to just miss.

If that wasn’t heartbreaking enough for Westminster, they gave one more push in the final seconds and came extremely close again.

This time, the ball just stayed inbounds along the baseline to the left of the goal, as the Westminster player gathered the ball with the final 10 seconds ticking off, he fired a crossing shot into the box that deflected directly toward the goal with five seconds remaining.

The ball, however, again went a foot wide of the post as the time expired and every Westminster player and fan dropped to their knees in disbelief at how close the team had gotten.

While the Knights dropped a heartbreaker, they didn’t play a bad game and were almost equally as good if not better than the score indicated.

They may have come up short of their ultimate goal of defending the title, but the loss to the No. 1 team in the state is nothing for them to hang their heads on.

Westminster finished the 2019 soccer season with a 13-7 overall record after winning 11 of their final 13 games to close out the year.

The Knights will lose special seniors such as Leonard, Krulak, John Porterfield and keeper Brodie Winks, but they’ll return a strong group of young players for the 2020 season. 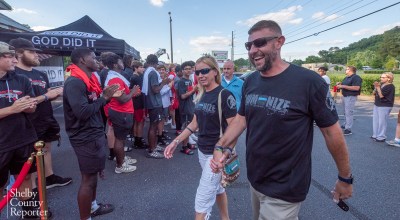 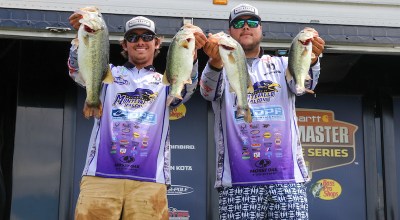