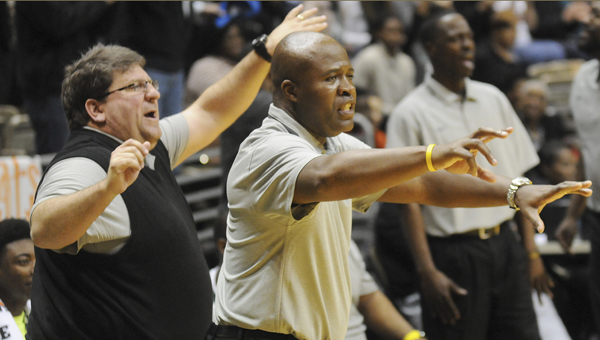 ALABASTER – Thompson High School will have a new head coach for its girls’ basketball team, after the Alabaster Board of Education hired the current Lincoln County (Tennessee) High School head coach during a recent meeting.

The School Board hired current Lincoln County boys’ basketball coach Marty Smith as Thompson’s new girls’ basketball coach during a May 13 meeting. Smith will take over from former THS head girls’ coach JoVanka Ward, who will resign at the end of this school year after four years at THS.

Smith also worked as an assistant basketball coach at Dallas County High School. During his time at Dallas County, he was part of a 2014 4A State Championship and a 2015 5A Final Four appearance.

During his time as a head football coach, Smith was named coach of the year on two separate occasions. During head basketball coaching stints from 2001-2004, he received 13 different coach of the year awards.  As part of his long career in the state of Alabama, Smith spent time with the Alabama Sports Foundation and Bruno Event Team coordinating the corporate partner program for the AHSAA from 2009-2011 and oversaw the first Super 6 Football Championship events at Bryant Denny and also Jordan-Hare.

“We are excited to welcome Coach Smith to the Warrior Family,” said THS Athletic Director Vincent Pitts. “Coach Smith has a diverse background in teaching and coaching and a special gift for getting the most out of students-athletes. We look forward to transitioning our program and the continued growth of our women’s basketball program.”

Coach Smith is married to Felicia Smith and they have two children, Micah and Beth Allen.