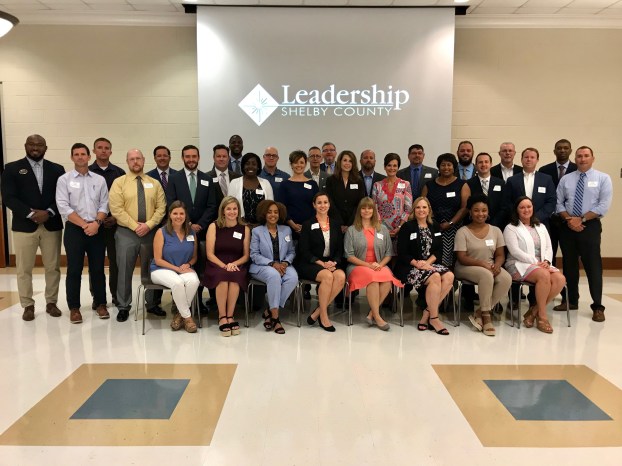 Leadership Shelby County’s class of 2020 will gain a greater understanding of the county over the next several months as they participate in monthly sessions. (Contributed/Bobby Joe Seales)

HOOVER – A group of 37 Shelby County residents and business owners will gain a greater understanding of the county, its history and inner workings over the next nine months, as Leadership Shelby County kicked off its class of 2020 during an Aug. 13 breakfast at Jefferson State Community College’s Shelby-Hoover campus.

During the course of the program, the 37-member class will attend an opening retreat in early September, and will attend full-day sessions between now and the spring of 2020 to learn more about the county’s education systems, business community, health care, local and state government, economic development, justice system and quality of life.

The class also will be split up into several groups to complete projects that better their communities before unveiling their work during the May 2020 graduation ceremony.

In the past, project groups have created everything from Shelby County Mental Health Court to support groups for local nonprofit organizations.

During his speech, Bostick said that LSC is about building relationships and equipping participants to make new connections. He added that the class of 2020 is called to action, and challenged the class to answer that call.

“We support you and wish you the best of luck as you spend yourselves in a worthy cause,” Bostick said.

The following members are in the Leadership Shelby County class of 2020: