On a mission: Thompson beats Hoover, advances to 2nd consecutive 7A title game

ALABASTER – Since summer workouts started, the Thompson Warriors had one thought on their minds—redemption. Now, after a 35-21 victory over No. 5 Hoover in the semifinals of the Class 7A playoffs, the Warriors clinched a spot in their second straight state championship for a chance to redeem last year’s loss to Central-Phenix City.

“They worked in the offseason like I’ve never seen people work,” Thompson head coach Mark Freeman said. “Who would have thought this five years ago. We’re so blessed and that’s what we want to take away from this.”

The Warriors were able to claim the victory thanks to four interceptions, all four of which came in the second half and deep in their own territory.

The first came from Ja’Vone Williams, who has had several big interceptions late in the season. He picked off Hoover quarterback Robby Ashford with the Bucs on third-and-5 from the Thompson 15-yard line. Then, with Thompson up 21-14 with 1:32 to play in the third quarter, Hoover was on the Warriors’ 23-yard line, but Gavin Shipman picked off Ashford and took it 80 yards to the house for a pick-6 to put his team on top 28-14.

Shipman then added another interception late in the fourth quarter with three minutes to play and the Warriors on top 28-21, which gave the ball back to Thompson’s offense for one final game-clinching touchdown. The game was sealed when Karsten Haywood intercepted a ball as time expired in the end zone for the win.

In the second half, Thompson made four big red zone stops to prevent points from Hoover, which ultimately was the difference.

And that’s where the game started as well.

On the opening drive of the game, the defense forced a quick three-and-out to thanks to a sack from Jeremiah Alexander. And Thompson’s offense quickly capitalized with its best opening series of the year thanks to a two-play scoring drive.

Sawyer Pate hit Ryan Peppins for a 17-yard strike on the first play, before then hitting J.B. Mitchell for a 22-yard touchdown pass to put Thompson on top in the first 2:08 of the game.

But in what became a first-half trend, the Buccaneers answered right back on the ensuing drive. Hoover put together a seven-play 80-yard drive behind two big slant passes that was capped off by a 4-yard touchdown fade pass from Robby Ashford to tie the game 7-7 with 7:02 left in the opening quarter.

Both defenses stepped up after that and made several big defensive stands with Hoover starting deep in its own territory and Thompson having drives stall near midfield.

That remained the same until there were close to five minutes remaining in the second quarter when Thompson put together another strong drive behind big plays from Peppins.

His first big play was a catch that he ripped out of the air just before hitting the turf. Originally the 29-yard pass was ruled incomplete, but a successful challenge from Freeman ended up giving the Warriors a big play.

That was followed by a big 20-yard pass to Mike Pettway on third-and-13, before a 15-yard touchdown pass from Pate to Peppins put the Warriors in front 14-7 with 2:55 left in the second quarter.

Hoover, however, answered again just before the half when the Bucs marched 80 yards once again. The Buccaneers ended the drive on a perfectly designed screen pass to Anthony Hayes that went 20 yards for the game-tying touchdown heading into the halftime break.

Thompson got the ball to start the second half, but a three-and-out and blocked punt set Hoover up in great shape at the Thompson 19-yard line.

But the Warriors started a stingy half of football that saw them bother Ashford the entire half.

Williams picked off the first pass of the half on third down, but Thompson’s defense was put in a bad situation again when Sawyer Pate threw it right back to Hoover to give the Bucs the ball on the 16-yard line.

The Warriors’ defense, however, answered the bell with a third-down stop on a drive that eventually ended in a missed field goal.

Thompson then went on a strong drive that saw Peppins make two big catches of 24 and 23 yards before Pate hit Pettway for a 7-yard touchdown pass to cap off the drive and put the Warriors in front 21-14 with 3:51 to play in the third.

But Hoover had answered every touchdown to that point in the game and looked to be in good shape to do so again after getting down inside the Thompson 25-yard line yet again.

Thompson’s defense, however, continued to make game-changing plays when Shipman grabbed the pick-6 to put the Warriors in front by two touchdowns at 28-14 with 1:32 to play in the third.

Hoover was able to answer that touchdown early in the final quarter when Ashford connected on a 20-yard touchdown pass that was originally ruled a fumble out of the end zone and a touchback. But upon further review, the play was overturned to a touchdown to cut Thompson’s lead to 28-21 with 8:51 to play.

Hoover got another big defensive stop, but continued to struggle moving the ball in the second half.

Eventually, Shipman’s second interception of the half gave Thompson the ball back with less than three minutes to play.

This time, the Warriors put the game away with their dynamic offense thanks to a 62-yard run from JoJo Gaiters, before Brandon Franklin capped off the drive with a 1-yard touchdown run to put the Warriors on top 35-21 with 1:15 to play.

Then, with 3.7 seconds left to play, Hoover lobbed one final pass up for grabs, which became the fourth and final interception to complete the victory.

Pate finished the game 24-of-32 for 239 yards and three touchdowns. His favorite target was Peppins, who posted eight catches for 107 yards, while J.B. Mitchell finished with 67 yards on eight catches as well.

Pettway, a senior, didn’t have his best game of the season with 28 yards and a touchdown on four catches, but as a 1,000-yard receiver this season, he’s ecstatic for his team’s fight to get back to this point.

“We’ve been talking about this since day one since we started workouts,” Pettway said. “It just feels really good to have the chance to get redemption.”

And that’s what the Warriors will do when they head to Auburn’s Jordan-Hare Stadium for the Class 7A State Championship game to take on Central-Phenix City on Wednesday, Dec. 4.

“It’s great for our program,” Freeman said. “You have to climb the ladder and knock the door down. We did that. Now we have to go catch a great football team again. We have to get ready to go represent ourselves better than we did last year, I know that.” 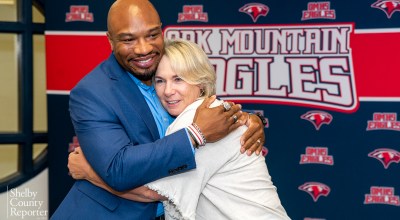 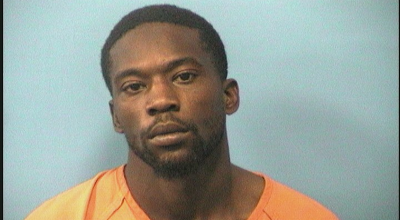 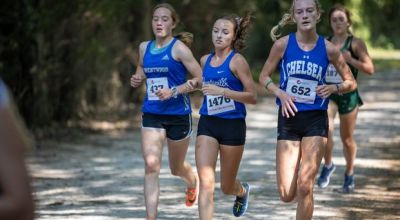 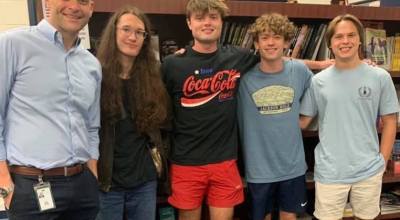