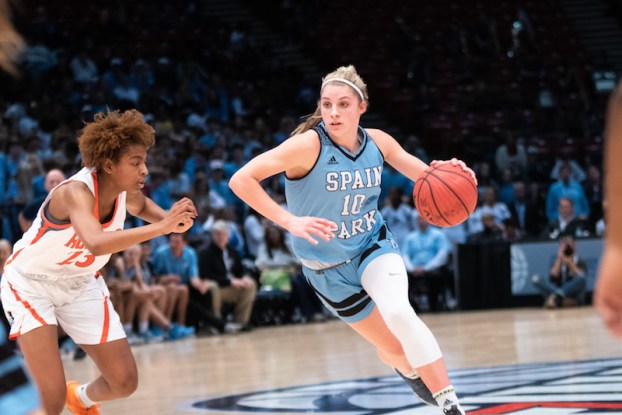 Sarah Ashlee Barker has been named the county's Player of the Year after leading her team to the Class 7A state championship for the second time in three years. (File)

HOOVER – During her freshman season, Spain Park’s Sarah Ashlee Barker hit a 3-pointer with three seconds left in her first state championship appearance against the Hoover Buccaneers back on March 4, 2017, that forced overtime.

The Jaguars went on to lose that game 51-47, and while they came back to win the championship a year later 56-26, it came against McGill-Toolen and there always seemed to be unfinished business between Barker and the Bucs.

But this year, four years after her special career started, Barker was able to complete her journey with redemption. Following last year’s loss to Hewitt-Trussville in the Elite Eight to prevent the Jaguars a third straight trip to the Final Four, she was determined to get back to not only the Final Four, but the state championship.

Despite a tight battle against Vestavia Hills in the Elite Eight, Barker helped her team take the leap back to the Final Four for the third time in her four years there, while making easy work of McGill-Toolen in the semifinals to advance to the state championship.

Awaiting Barker and Spain Park was none other than crosstown rival Hoover.

While she fouled out with two minutes left and didn’t have her usual dominant shooting performance, she still finished with a double-double thanks to 14 points and 10 rebounds and was a force on the defensive end, which allowed the Jags to pull ahead for a strong lead throughout, before hanging on for a 51-47 victory.

“It was redemption,” Barker said. “We won my 10th grade year, but we didn’t get to play Hoover in the championship. Our freshman year, we lost to them and this year we beat them. That makes it 10 times better.” 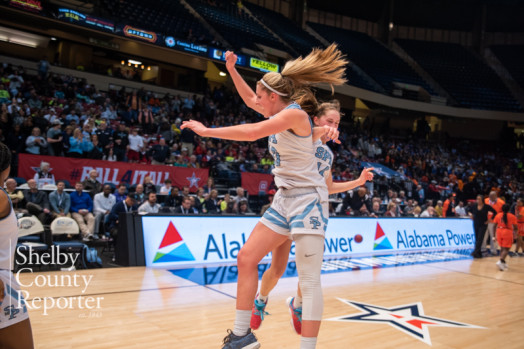 That win completed a special journey for Barker, who averaged close to a double-double each of the last three years. This year alone, she averaged 23.3 points, 10 rebounds and 2.7 rebounds per game.

Often, the Jags would go into the half struggling, but come out of the half a different team largely because of the way Barker either took over or helped her teammates gain confidence.

Barker is now headed to the University of Georgia, where she’ll look to continue turning heads at the collegiate level.