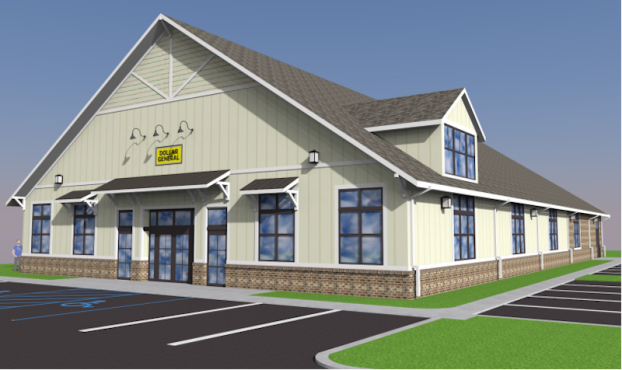 The Montevallo City Council on May 26 approved a developer’s site plan for a new Dollar General store in Montevallo’s Scenic Corridor Overlay District on Alabama 119. (File)

MONTEVALLO – The Montevallo City Council has approved the site plan for a new Dollar General retail store in the city’s Scenic Corridor Overlay District on Alabama 119.

In a May 26 meeting, the council approved The Broadway Group’s plan for the construction of an 8,960-square-foot Dollar General store with several stipulations, including changing the background color of all signage from the standard Dollar General yellow to a color that conforms with the city’s overlay district requirements.

The sign color was one of multiple concerns residents and city leaders voiced about the project in recent weeks.

Council members in a May 11 meeting cited concerns about the plan not including the addition of a turn lane in front of the site, even though the developer had received a permit from Alabama Department of Transportation for work on the store’s driveway entrance on 119, which is a state road.

The council delayed voting on the plan May 11 in order to get more information from ALDOT on the possibility of adding a turn lane.

“We got from ALDOT that they would permit that, but it was not warranted,” Mayor Hollie Cost said on May 26. “If we require it, then that would be on the city to pay for that if the developer would not pay for that.”

Councilman Arthur Herbert asked about the spacing between the proposed store’s driveway and the Heritage Trace subdivision.

“ALDOT would not have granted the access at that location if it did not meet the minimum spacing, and there is a lot between Heritage Trace and the Dollar General lot itself,” Shelby County Principal Planner Kristine Goddard said.

According to the resolution, after a professional study of the traffic patterns by ALDOT, a singular access on the south portion of the subject property was permitted. ALDOT performed its study internally and did not require a third-party traffic study for the project.

During public comments, Heritage Trace subdivision resident Melanie Poole questioned whether the city is getting a clear picture of traffic on 119 based on when the studies were conducted.

“The first study was conducted December 23, 2019, two days before Christmas. That’s a day a lot of folks are home, so I don’t expect we had a lot of traffic on that section of 119 since people were off of work,” Poole said. “The second study says it was conducted on May 11, which coincidentally was the day of the council meeting. I wonder if that date is correct, but I also would bring up the point that was smack dab in the middle of the pandemic when, again, most people are at home, and I just don’t think we’re getting a clear picture of the true traffic on that section of 119. I also wonder, when the adjoining parcels are developed, what that traffic picture will be.”

Council members Jason Peterson, Tiffany Bunt and Rusty Nix expressed disappointment about the lack of a turn lane in the plan.

“I think it sets a bad precedent,” Peterson said. “This is the first business there. There’s going to be more. I think it’s going to be a problem in the future.”

“I’ve been inclined to go with the recommendation of ALDOT in the past,” Cost said.

“The traffic study times, the traffic flow was off,” Nix said. “I hate to say this, but I feel like ALDOT dropped the ball.”

City attorney Bent Owens said if the developer’s application is denied, the developer could ask the court to intervene.

“There’s no way to predict the outcome, but I think it’s important to be reminded that ALDOT has studied this very carefully, which they always do with their own roadways, and they determined that the traffic count is not sufficient to require a turn lane,” Owens said.

In addition to more turn lane information, the council asked Dollar General for a market study to be completed.

In a letter from Dollar General, Greg Morgan, the firm’s real estate manager, affirmed that his company professionally evaluated the site to “ensure we can continue to meet our customers’ price, value and selection needs,” and that the location on 119 is “an ideal location for a new Dollar General Store,” the resolution read.

Morgan wrote the company’s research indicates customers in the Montevallo area can benefit from the “added value and convenience” its stores provide.

Regarding the sign color, the council’s stipulation in the resolution is the background color of the store’s signs is a more muted color, such as pale yellow, white, off-white, cream, light tan or light gray.

In response to the developer’s question about the language outlining colors in the zoning ordinance, Owens said the ordinance gives the council the authority to modify the recommendation of either the Design Review Committee or the Planning Commission with respect to colors.

The other stipulations relate to the applicant completing all required bonding and submitting a final site plan for certification prior to the issuance of building permits, and compliance with the regulations, policies and guidelines of the city.

The resolution also states for future clarification purposes that the term “immediate neighborhood” in the B-1 classification in the zoning ordinance does not refer to the immediately adjoining subdivisions, but to a market area in a nearly 3-mile radius of the subject property.

Cost said the city has not provided any variances for the project.

“I know there are reservations up here, and I do respect that from the council, but I would also like to say that we are bound to uphold the ordinances that we have on the books, and if we don’t agree with those ordinances, we are bound to work together to change those,” Cost said. “We have a business who is willing to invest in us in the lowest economic time that we’ve ever experienced, and they have complied with each and every stipulation in our ordinance.”

The resolution passed in a 4-1 vote, with Nix voting against it because of the turn lane issue.

The 119 store will be built on a 2.5-acre lot zoned B-1 SD and located south of the intersection of Freedom Parkway and Alabama 119.