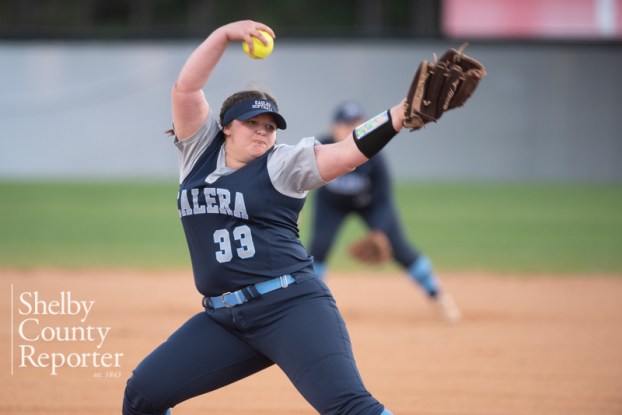 Calera and Helena will soon host a major softball tournament showcase for travel ball teams between July 31 and Aug. 2. (File)

CALERA – DCB Elite Academy’s annual Stars Over Alabama Summer Showcase is coming to Calera at the end of July to help put softball recruits in front of college coaches for three days of travel ball play.

The event will start on Friday, July 31, and go through Sunday, Aug. 2, and will start at 8:30 a.m. each day, lasting throughout the day.

Currently the tournament has 125 teams from eight different states signed up for the event and will feature age groups from 12U up to 18U. The tournament will feature five guaranteed games, including four pool play games followed by a single-elimination tournament.

College coaches will be in attendance at the three-day tournament, which will take place at Calera’s Eagle Sports Complex. In addition to the tournament, there will be a camp the day before that doesn’t require you to be part of the showcase.

The camp will feature more than 20 college coaches, including schools such as the University of Montevallo, Birmingham Southern, West Florida and many more.

National Scouting Report will also be on site conducting complimentary combine testing and results for all players involved. They will be there from 11 a.m. until 5 p.m. on Friday and 9 a.m. until 2 p.m. on both Saturday and Sunday.

As for safety, all players participating must have filled out an online COVID-19 waiver form to be eligible to participate in the showcase.

In addition to that, Helena will host a DCB Elite Academy 12U Futures tournament Aug. 1-2. This tournament will feature four guaranteed games, including three pool play games followed by a single-elimination tournament.