Stop the arguing, wear the mask 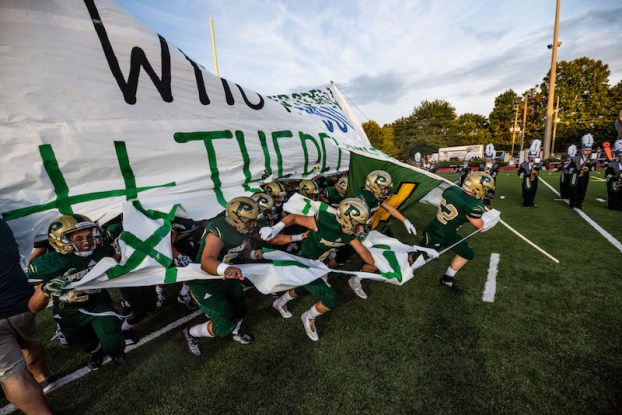 The AHSAA announced on Wednesday, July 22, that the fall sports season would go on as scheduled—a decision that needed to be made. (File)

Column: The AHSAA had the guts to make a decision many have been scared to

The Alabama High School Athletic Association has faced its share of criticism at times in the past, as any governing body has, but on Wednesday, July 22, the AHSAA had the guts to stand up and make a decision many across the country are scared to make right now.

During their summer Central Board meeting on Wednesday, the AHSAA announced that fall sports would start on time with practice beginning on July 27 and the first date for competitions being Aug. 20.

That decision came after several states pushed back the start of their season by two weeks, including border states Georgia and Mississippi, while states like California have suspended fall sports until at least December.

But the AHSAA realized something those other states didn’t, fall sports can happen and they can happen as originally planned.

Many will criticize the decision, but all you have to do is look at the reaction of 99 percent of athletes and coaches to realize they’re willing to play sports right now, and they deserve that opportunity.

The COVID-19 pandemic has impacted the everyday life for millions of Americans, but the risk for those attending school or playing sports is no higher than any other disease they could come in contact with.

As for fall sports alone, volleyball, swimming and cross country are already spread out sports that could easily be held.

When it comes to football, this state’s bread and butter, it’s one of the most dangerous sports anybody can play. There is the risk of a concussion, a neck injury that could paralyze you, a torn ACL, a broken bone and other serious injuries every time they step on the field.

But they step out there and give it their all on every play regardless.

That’s the same with the risk of contracting COVID-19. Right now, numbers say there is a 99.9 percent chance those in the 5-24 age range will survive this virus.

Just stepping on the field and playing the game, you risk a chance of dying.

As for the risk of dying from the virus. During the 2017-18 influenza season, 0.6 percent of deaths were of those in the age range of 5-24. That’s a virus that has a vaccine.

Currently, 0.1 percent of those in that same age range have died from the virus in Alabama due to COVID-19.

But there is no reason we should prevent those wanting and willing to play from doing so.

Sports are not only an escape for all of us as fans, but for student-athletes, it means so much more.

It helps with their mental health, keeps them out of trouble, helps them put more of an emphasis on education so they can be eligible to play, and possibly most important, it teaches valuable life lessons they’ll use for the rest of their lives.

Playing a sport where you are supervised constantly by an array of coaches is no more unsafe than what many student athletes would be doing if sports were canceled this fall.

With business reopening, they would be going to the movies, hanging out at pools, playing pick-up games, going to restaurants and just being teenagers anyway. If you don’t think many of them have the last few months already, you’re naïve.

The importance placed on football, or sports in general for that matter, isn’t something that is dangerous, it’s something that changes the lives of young adults.

That’s an aspect the AHSAA not only listened to but understood when making this decision.

The AHSAA is going to go through every precaution necessary to make sure playing sports is as safe as possible for each athlete this fall.

I for one, not only applaud them for their effort, but for having the guts to make a decision that is right for the kids and the work they’re willing to put in to make this season happen for them.