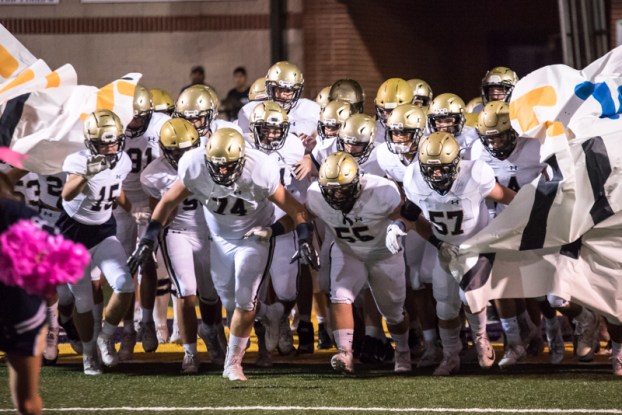 Briarwood will make the daunting leap to Class 6A during the 2020 football season, but also returns a strong cast of players in Matthew Forester’s second year as head coach. (File)

NORTH SHELBY – Matthew Forester’s first year leading the Briarwood Lions was close to perfect. The former player and defensive coordinator at the school took over for the legendary Fred Yancey and led the Lions to 12-2 record with a berth in the semifinals.

Now, heading into year two, the head coach will be hoping to avoid a sophomore slump and he’ll have to deal with the challenge of Briarwood moving up from Class 5A to Class 6A.

It’s a difficult climb and one the Lions struggled with during the 2014 and 2015 seasons going a combined 9-14 during that two-year stint in the classification.

But, coming off a 16-14 loss to Pleasant Grove in the semifinals last year and a strong cast of returning players, there is plenty of fuel being thrown on a burning desire for this year’s team to replicate last year’s success in one of the state’s most difficult classifications.

A big reason for that optimism is the return of some key offensive players and most of their defensive players, but the main concern will be depth.
Across the board, Briarwood’s starters should have what it takes to compete at the 6A level, but if they are forced to play every snap, that’s where the problem could occur.

This year’s team is going to have to play some players that normally would be a year away from starting or significant minutes, so the starters can stay fresh and healthy throughout a difficult schedule.

But the return of Christopher Vizzina and Luke Reebals will help make a difference for an offense that has been trying to get over the hump the last few years.

The defense has given up 15.8 points per game the last four years in a row, but the offense has scored 25 or less the last two years and less than 30 points in seven of the last eight seasons.

This year’s defense will remain talented, but will likely give up a few more points at the 6A level, meaning the offense is going to have to make that up this year. 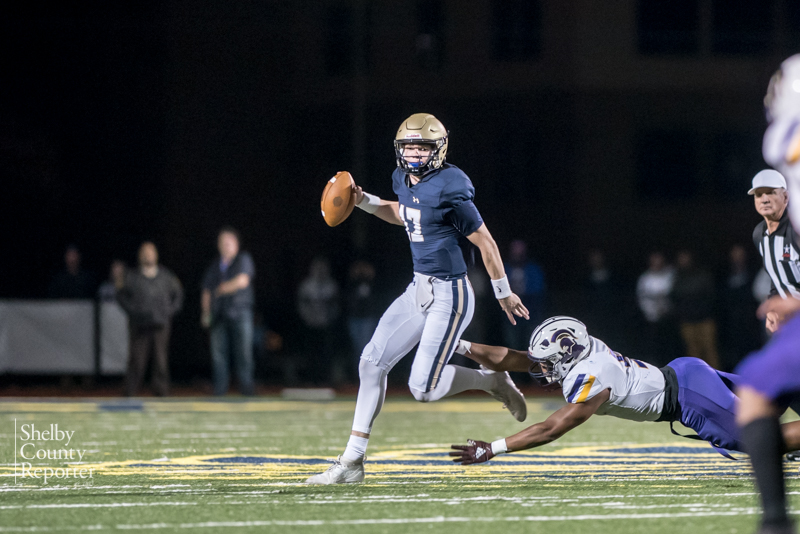 Vizzina returning for his second year as the starting quarterback will be an added plus for the Lions. With the perfect size for the position at 6-foot-3, 185 pounds, he gained confidence last year, and the coaching staff is going to put more on his plate this season.

If that same production continues from the junior running back this season, he should easily top 1,000 rushing yards and take a load of pressure off Vizzina at quarterback, while also opening more lanes in the passing game.

Finding those open receivers will be key. The running game has been there the last several years, but there has been a lack of consistency through the air since Michael Hiers graduated.

That is until Vizzina got more confidence throughout last year. But his favorite target, Blake McKenna, is gone. That means it’s time for someone to step up.

Brooks Donnelly has a good chance to be that player after tearing his ACL three days into fall practice and missing what was expected to be a breakout year. He’ll be joined by Eli Steadman, who moved from defensive back last year to help fill Donnelly’s spot and found a good niche.

Those two will be the leaders, but the Lions also need size, which will come from Jay Butler at 6-foot-3, and they’ll also need others like Nick Deason and Sawyer Tindell to step up and help out wide.

As for the offensive line, the coaching staff hadn’t seen the players in pads until fall practice recently kicked off, meaning they were unsure who would play on the offensive and defensive fronts.

On the offensive side, however, the Lions are having to replace Trent Howard, who is now at Clemson, which is a big hole to fill. Alex Moore and Carson McKeen are expected to be leaders on the offensive side this year, while Charlie Heidepriem, Peyton Fox and Harris Smith should factor in somewhere on the lien as well.

Normally, the Lions rotate in new starting seniors each year unless a player is ahead of their time, and they’ll do so again this year, but some younger players will have to be ready to step up like Harrison Clemmer and Jason Best due to the need for depth in 6A.

The coaches are also hoping Tyler Smith will step up at defensive end this year, while some of those slotted to play on the offensive line may move to the defensive side.

Seemingly the most dangerous position every year for the Lions, linebacker should once again be a strong suit for this year’s squad. 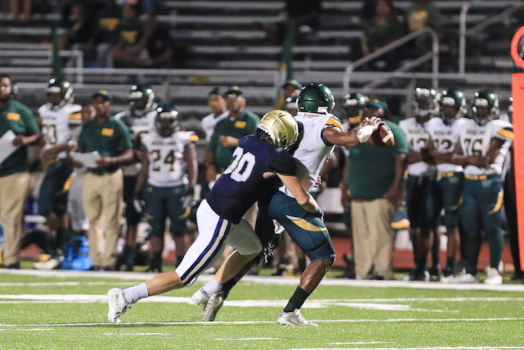 In addition to those two, Luke Hand will add a third returnee to the position with valuable experience the last two years, and this could be his breakout season. Aaron Cale will be a fourth senior that will be in the mix to help in the starting lineup.

The experience will carry back to the secondary, which returns two key starters in Alastair Harris and Cal Higdon. Last year, as a sophomore, Harris totaled 62 tackles with six for loss and one sack, while also adding an interception. Higdon, who started at safety last year, is expected to have a breakout year this season with more knowledge of the position.

Vraj Patel and Pierce Reichle are two more seniors that will help at the position, while several young players are going to add depth.

On special teams, Briarwood is going to have to replace a kicker for the first time in several years after the departure of Noah Nall. Aidan Punch is looking to kick, while Haddon Stubbs and Seth Alford have done so in the past for the junior varsity team.

Prediction (7-3): It’s no secret, the jump from Class 5A to Class 6A is one of the most difficult to make in the state of Alabama due to the number of competitive teams in the 6A classification. That said, the Lions face a schedule this season where they should be able to compete in just about every game. A best case scenario would likely be an 8-2 or 9-1 regular season, which is very plausible. But a realistic expectation in their first year back in 6A is closer to 7-3, while the worst case scenario would likely be 5-5 or 4-6. But this team is too talented for the worst case scenario. The difference between this team being 7-3 and 9-1 will be whether or not a receiver steps up as a legitimate threat and whether or not there is depth built early in the season. The defense alone, however, should continue to allow the Lions to be better than average and find one of the top four spots to make the playoffs out of a difficult region.