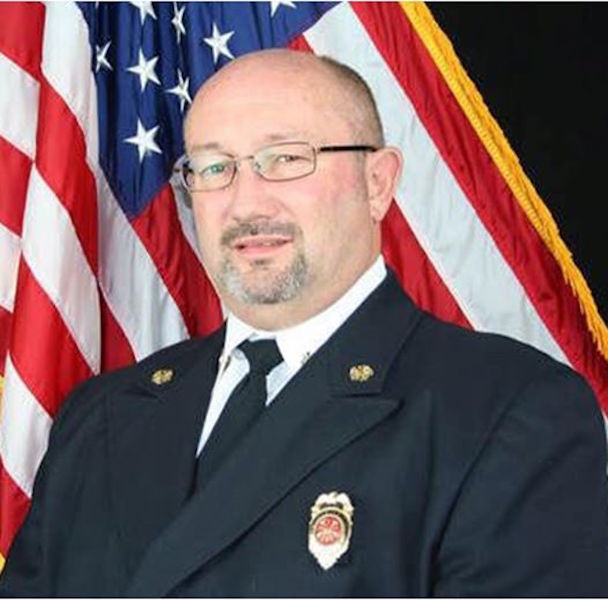 Wayne Shirley had served as the city of Chelsea’s first and only municipal fire chief since 2001. (Contributed)

CHELSEA – The Chelsea community is mourning the passing of the city’s longtime fire chief, Wayne Shirley.

Shirley, Chelsea’s first and only municipal fire chief for 19 years, died on Thursday, Aug. 6 after battling a chronic health issue.

“He loved this city and gave his entire life to serving it,” Chelsea Mayor Tony Picklesimer said of Shirley. “I have the utmost respect for him. He will be missed.”

A Chelsea native, Shirley’s deep love for his hometown showed in his lengthy career in the fire service, helping his fellow citizens.

Chelsea Fire and Rescue Deputy Chief Joe Lee said Shirley’s interest in the fire service was evident when they were growing up together in Chelsea in the 1970s.

“We moved to Chelsea when I was about 11 years old, and we played Little League baseball together all those years ago,” Lee said. “Even back then, he had an interest in public service. As we went through high school, he always was involved in the volunteer fire department. We all knew that someday he would be involved in the public service; it was just always his passion.” 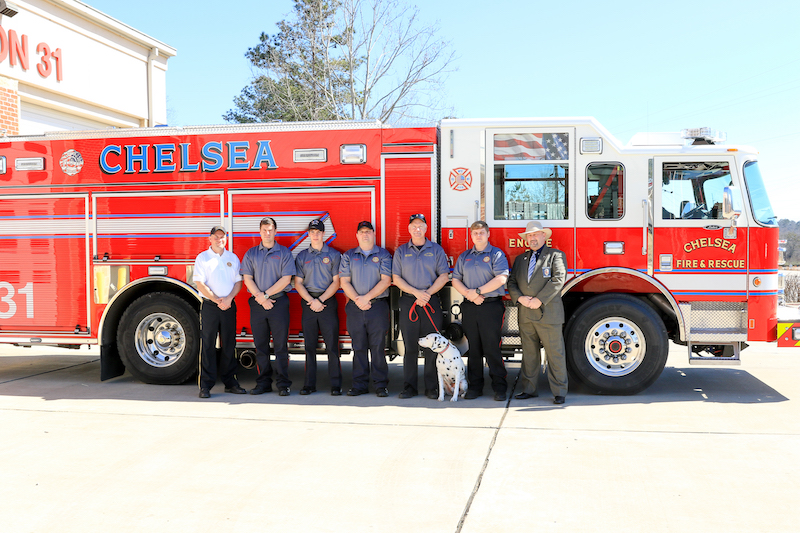 Shirley began working as a volunteer with Chelsea’s fire department in 1981.

He completed Emergency Medical Technician and paramedic training in 1986 at the University of Alabama at Birmingham.

Shirley was hired in 2001 as Chelsea’s first fire chief, a title only he has held since then. He also served as the city’s emergency management coordinator.

Under Shirley’s leadership, Chelsea Fire and Rescue has grown alongside the young city, serving thousands of residents by answering fire calls, rendering emergency medical services and monitoring weather conditions in the area.

The weather component of the department’s services was something Shirley spearheaded, according to Lee.

“He was always a weather buff,” Lee said. “Weather was his hobby, and he really loved it. He did a tremendous amount of weather updates.” 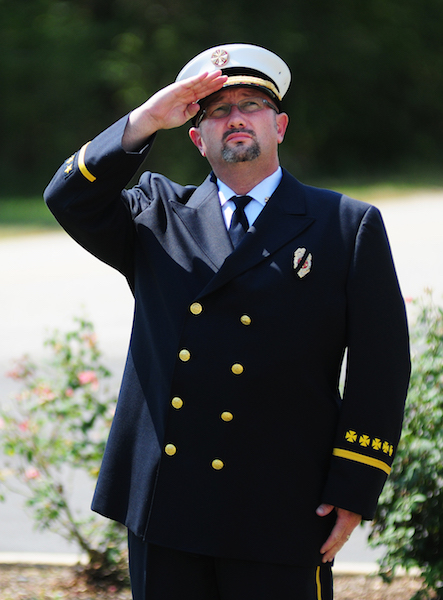 Lee and Picklesimer said Shirley was a huge part of the construction of all three of the city’s current fire stations.

“He was the driving force for Station 31, the new one, and the construction of Station 32 on (Shelby County) 69,” Picklesimer said. “Now, with events that have transpired, I’m grateful he and I were able to build Station 33. We worked very closely together on building 33.”

Picklesimer said Shirley could be a “bulldog” at budget time, but his requests were never for his own benefit.

“He never asked me for anything for himself,” Picklesimer said. “It was always for his men and the department.”

Ever the humble leader, Shirley was quick to praise his colleagues for their hard work as a team. In a story published in the Shelby County Reporter in 2016, he said the fire department’s best asset was its staff.

“He was always very appreciative of all of us here,” Lee said. “There are a lot of people that have been here way longer than I have. They were a part of growing this place, too. It was all under his leadership.” 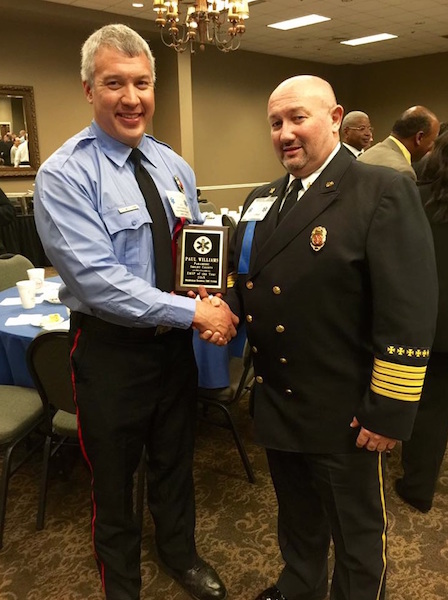 Shirley, right, valued his Chelsea Fire and Rescue staff members and celebrated their achievements with them. (File)

Shirley was on the liver transplant list, and shortly before he was hospitalized in July, he talked to Lee, and then to Picklesimer, about appointing Lee as Chelsea’s deputy fire chief.

“The day he asked me was the first time we had ever discussed it,” said Lee, who joined Chelsea Fire and Rescue in 2015 after a lengthy career in Bessemer. “I was quite shocked. That he thought enough of me to put me in this position is a humbling thing for me, and I will always appreciate it.”

Lee said the plan was for Shirley to be out for his transplant and then to pick back up where he left off when he returned.

“We had certain things we wanted to work on together,” Lee said. “We never dreamed it would end up like this.” 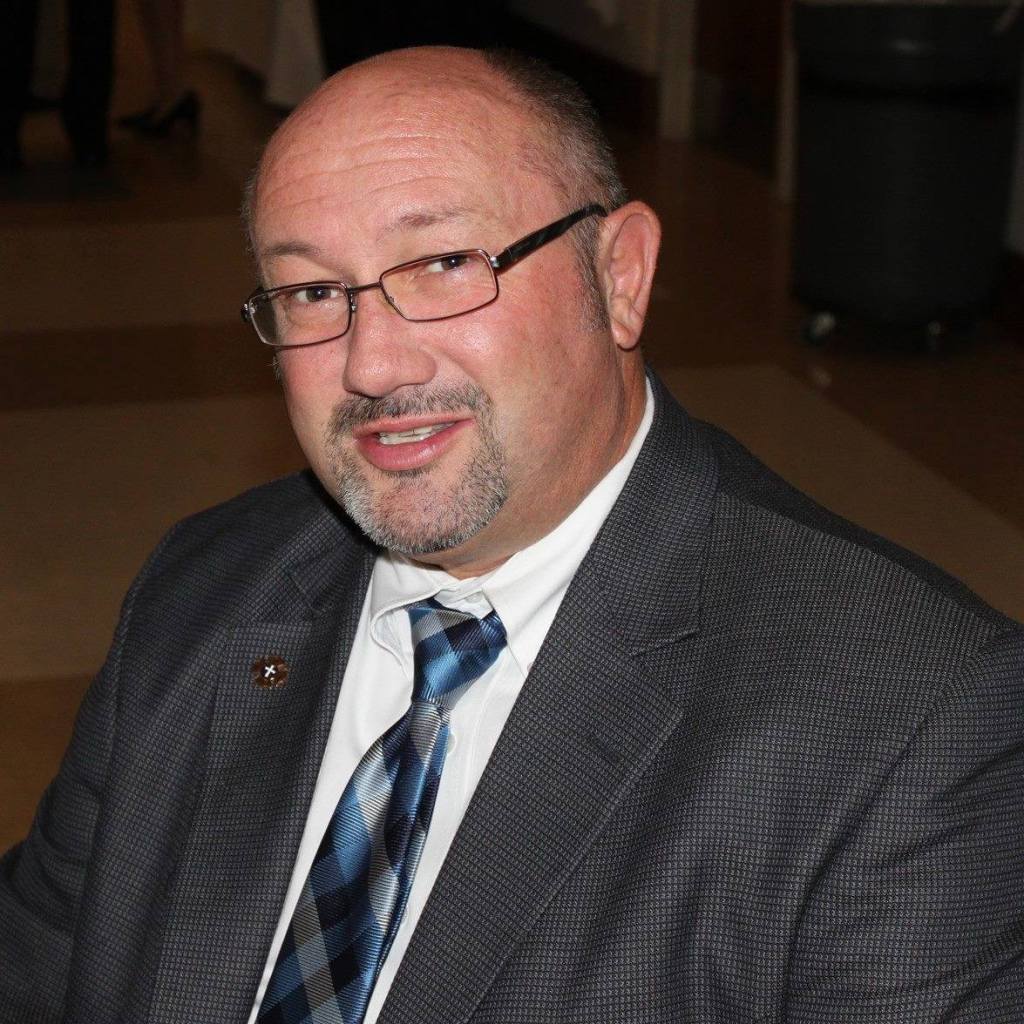 Chief Wayne Shirley accomplished many things in his lengthy career in the fire service. (Contributed)

Shirley’s three decades in the fire service were filled with many accomplishments.

In addition, he held state and national accreditation as a professional firefighter and paramedic.

He was a recipient of the Exceptional Community Service Award in 2008 and the R. Floyd Yarbrough Emergency Medical Services Innovations Award in 2007.

He traveled across the country to conduct fire service communication training, Lee said. 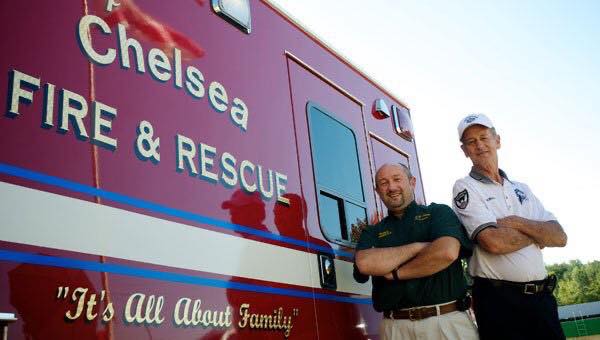 “He never really tried to take a whole lot of credit himself,” Picklesimer said. “If he had a firefighter come with him to a City Council meeting, he always recognized him and thanked him. He was very proud of his team.”

Aside from his professional endeavors, Shirley was known as a man of faith who loved his family and friends.

Shirley’s parents are the late Donald and Lynette Shirley. He has a sister, Deborah Dawkins, and a son, Andrew Shirley. 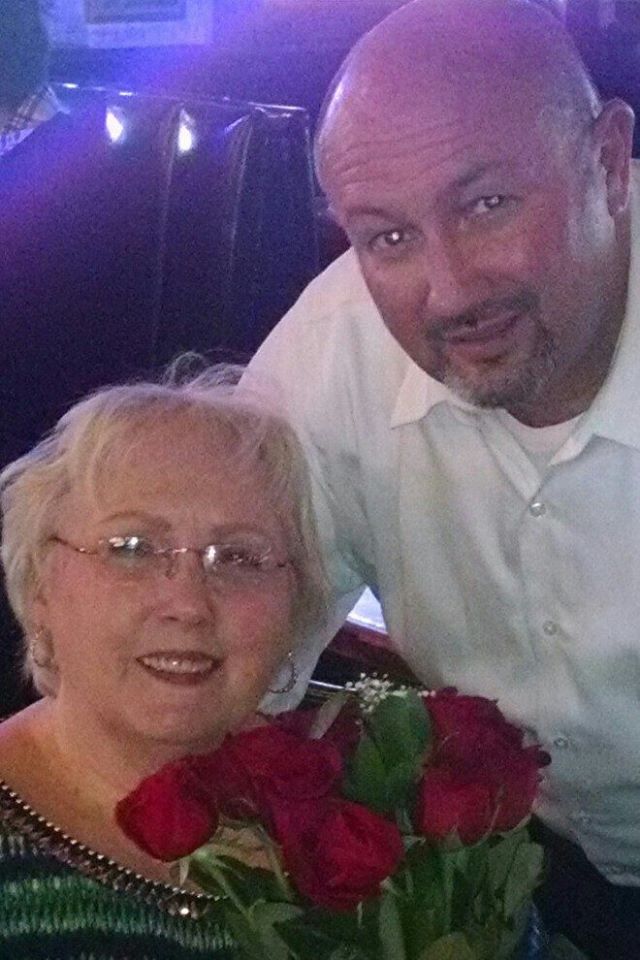 Donald Shirley, who passed away the day after his son, was a dedicated volunteer for the Chelsea Citizen Observer Patrol, and years ago, served as a volunteer firefighter in Chelsea.

“I don’t know anybody that loves the city of Chelsea more than Wayne Shirley did,” Lee said. “He spent his whole life here. He loved this town, and he loved this fire department. I will do my best to be as passionate as he was.”

Picklesimer described Wayne Shirley as a father of the city, along with Chelsea’s first mayor, Earl Niven.