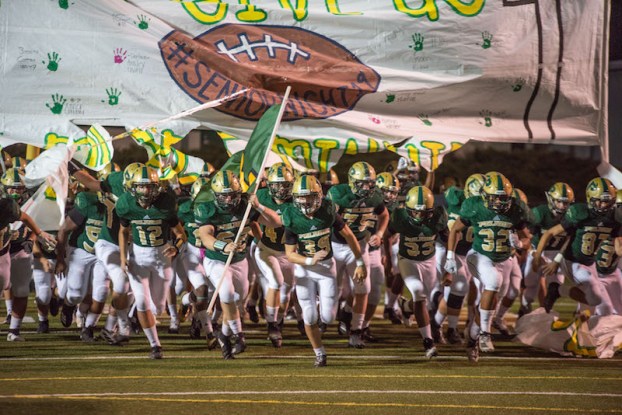 The Pelham Panthers will have one of the most experienced teams in the county this year, which should help them tackle a difficult schedule. (File)

PELHAM – For a while, it looked as if it just wasn’t going to click for the Pelham Panthers during the 2019 football season after a 0-6 start, but they bounced back to win three in a row to finish the season 3-7.

That was the best thing that could have happened to the young squad, because now, heading into a new season, the Panthers will return most of their starters and now they not only have experience but the taste of winning.

That team had 13 seniors, but this year’s team has 19 with an even bigger class of juniors that earned a lot of playing time as sophomores.

The one position that will be up in the air will be quarterback with the loss of Xavier Lankford, who threw for 1,166 yards and rushed for 591 yards with 16 combined touchdowns last year.

Younger brother Will Lankford is expected to step in to fill his brother’s shoes with a frame of 6-foot-2, 170 pounds. Will is going to be a junior this season, and has shown he has the tools to be successful with his athleticism and work ethic.

But taking a lot of pressure off the new starter will be the return of the best running back duo in the county and possibly the state. Both Gabe Gamble and Dylan Peterson will share duties in the backfield, and both have potential to top 1,000 yards.

Peterson ran for 538 yards and seven touchdowns on 83 carries as a sophomore two years ago, but went down early last season with a leg injury that forced him to miss the majority of the season. 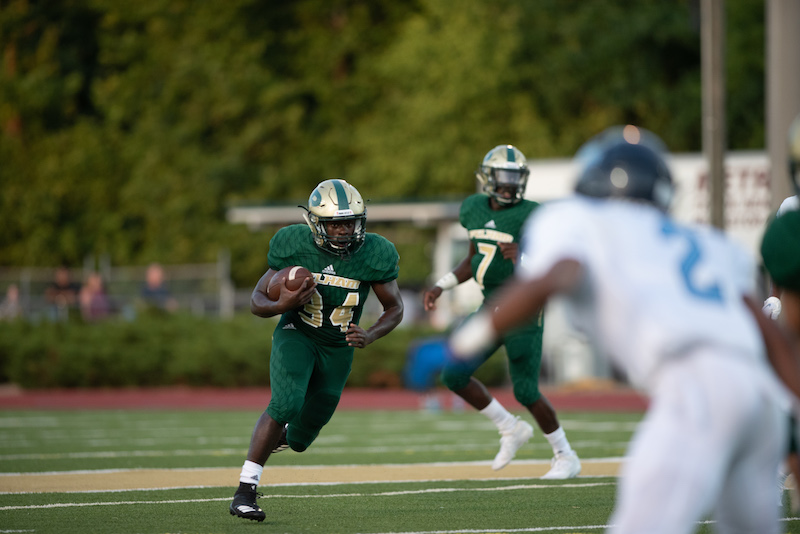 That’s when Gamble stepped in and ran for 1,051 yards with seven touchdowns on 153 carries.

Now that Peterson is fully healthy, the duo is set to give a strong one-two punch this season with Peterson’s power and between the tackles ability while also having the ability to get by defenders at the next level and Gambles speed, shiftiness and low center of gravity.

Those two will help open up the passing lanes on offense due to defenses having to respect the run so heavily, but that will become dangerous quickly with what returns at receiver.

The Panthers get back Walker Lyles and Jake Fox as starters in the slot, while Christian Pritchett will add a deep threat after totaling 322 receiving yards on 20 receptions late last year. Joining those three will be J.D. Wilkins, who the coaches are excited about, while sophomore Darius Copeland could be in line for a breakout year.

If Lankford’s passing game comes along, Pelham’s offense could become one of the best in the county with so many threats to run and catch the ball.

And all of them will get the benefit of a strong offensive line. Returning as starters will be Jackson Davenport, Caleb Newell and Jesus Luna. Newell and Luna are juniors, while Davenport will be a sophomore. Chris Quintana will be the only senior of the starters, and while he didn’t start last year, he got plenty of time.

On the defensive front, Pelham will also return key players thanks to the return of Mason Duncan and B.J. Maxena. Both played in every game last year, while Jake Ingram got experience as a sophomore and returns for his junior season.  Joining Ingram at an end position will be Keon Brooks and Vincent Lewis. Newcomer Andrew Fields could also factor in at the position.

As strong as the defensive line will be, the linebacker position may be the best on the team. 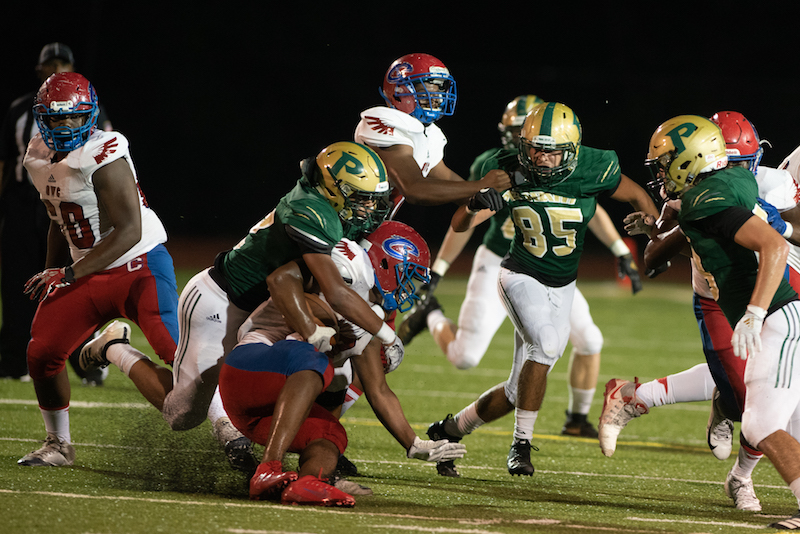 Junior Brayden Marlowe will be a leader at the position after totaling 89 tackles, eight tackles for loss and four sacks as a sophomore. He’ll be joined by returning starters Seth Branham and Zach Rushton. Jackson Drake and Cohen Lee should help at the position, while Hunter Desinzio, Nico Ramos and Johnny Penta will add depth.

In the secondary, the Panthers will return three players with reps. Chase Christian will return this year at cornerback after playing safety last year and will be joined by Jamaal Miles, who also played at the position last year.

On special teams, Salvador Jimenez is back to handle all kicking duties, while Zac Verner will handle long snapping and several of the team’s best athletes will work in the return game, including Lyles, Gamble, Peterson and Copeland.

Prediction (6-4): If Pelham had last year’s schedule again this year, I’d feel more comfortable making the Panthers at least a seven-win team. Breaking down the schedule, it’s going to be tough to find back-to-back wins, while the possibility of a 1-3 start due to their most difficult games in that stretch is scary. That said, the Panthers could start better than that and should have a strong second half of the season thanks to their experience. The talent truly is there for this year’s team to be one that could win seven or eight games, but coming off a 3-7 season, they’ll have to prove they can beat teams in competitive games.