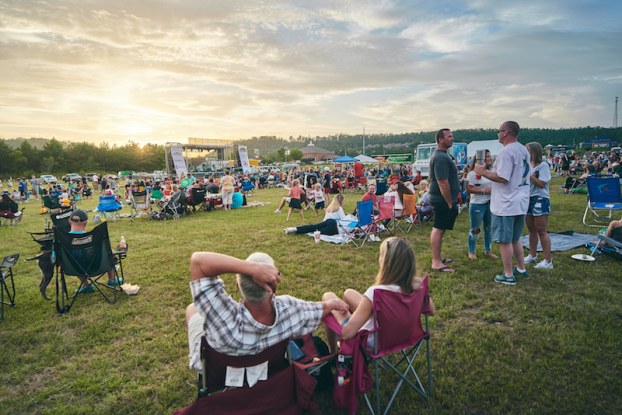 Residents enjoy a relaxing evening at the city’s annual Chelsea Fest and The Big Kaboom event this summer. (Contributed/Pitts Media)

CHELSEA – The city of Chelsea has released the first of several promotional videos from a new marketing campaign designed to show future residents, business owners and visitors the amenities Chelsea has to offer.

The first video, titled “Home is Here,” debuted on the city’s website and Facebook pages on the evening of Tuesday, Sept. 1.

“This project is a brainchild of mine, but it was not unique to me,” Morris said. “It was something I saw a lot of other businesses in the area doing – business-to-business marketing with one another. That prompted me to think, ‘What is the city doing to do that as well? How are we telling the story of Chelsea and recruiting future residents, future businesses and future leaders?’”

“Pitts Media is our content provider that we contract with to produce all of the material you’ll see over the next four to six months,” Casey Morris said. “We want the campaign to be a highlight reel of the quality of life in Chelsea, Alabama.”

Filming for the videos was set to begin in March, but the COVID-19 pandemic delayed it until June and July.

The first video provides an introduction to Chelsea, with scenes of families at home, students walking into school and children playing together in their neighborhoods.

The next video that will air in several weeks is titled “Live Above,” followed by two more, “Growing Together” and “True Southern Values.”

“We have such strong heritage here in Chelsea,” Morris said, noting many residents have lived in the city for more than 25 years, and nearly 90 percent of Chelsea’s residents own their homes. “That is a testament to the pride that people have in our community and in our city. I think we’re very blessed in our community to have a sincere love for one another.”

Morris said the city’s focus is on “responsible and smart growth” as its services and amenities expand.

Significant projects underway in Chelsea include phase two of the sports complex on Shelby County 11, the new business park, and the splash pad and playground.

Morris said retail stores in Chelsea could be selling apparel and other items bearing the new logo – the word “Chelsea” with the outline of mountains above it – related to the campaign by mid-October.

“We are trying to establish a brand standard for our city,” he added. “We want all marketing and all branding the city does to be consistent.”

Wayne Morris said the city’s seal will remain unchanged and separate from the new logo.

“That’s the branding you will begin to see throughout the city,” he said. “We have an amazing city to sell.”

The city’s website, Cityofchelsea.com, also includes a new economic development page under the Departments tab with information about infrastructure, demographics, housing and more.

“We’ve got something for everyone,” Casey Morris said. “Home is here for you.”