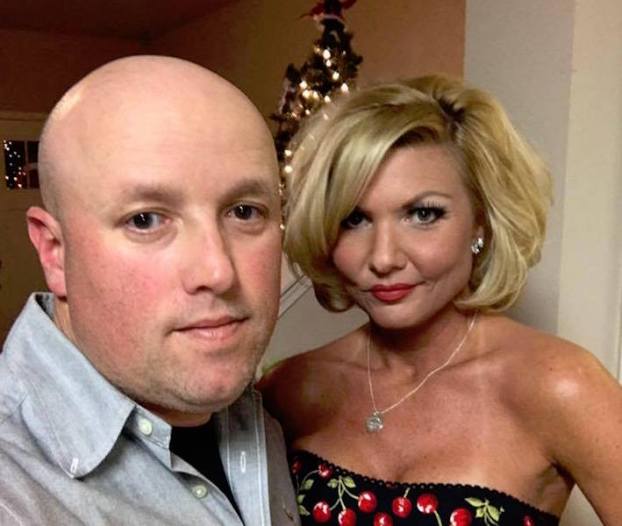 The trial of Jeff West, who was charged in 2018 with killing his wife, Kat West, continued with more testimony on Thursday, Nov. 19. (Facebook photo)

COLUMBIANA – Text messages entered as exhibits in the murder trial of Jeff West on Nov. 19 shed more light on his and wife Kat West’s relationship before her death in January 2018.

During the fourth day of the trial, the prosecution and defense spent time on screenshots of text messages Jeff West and Kat West sent to each other’s cell phones in the weeks before her body was found partially nude outside of the couple’s home on Greenwood Circle in Calera at about 5 a.m. on Jan. 13, 2018.

The texts, some of which contain language and photos of a sexual nature, suggest the couple experienced high and low points in their marriage.

A series of texts dated Dec. 20, 2018 show a photo of Jeff West and Kat West smiling together, followed hours later by what appears to be an argument. Kat West writes in part, “Show me now, or it’s good bye. No more games. NEVER DOING THIS HOLIDAY AGAIN w/you. It goes the same every year.” Jeff West responds, “Baby I love you and want you. You mean the world to me.”

In another series of texts dated Jan. 4, 2018, Kat West writes to her husband, in part, “I know you’re scared to tell me you don’t want to be with me, but it’s only hurting me more by lying.” Jeff West replies, “Baby I want you. Do you want me? We never really talked after NYE.” Kat West responds, “Yes! I love you!”

During a different text conversation in early January, Kat West writes, “Why can’t you TRY TO BE NICE,” to which Jeff West replies, “I am being nice. I came up stairs and you start accusing me of drinking.”

Other text conversations between the couple seem to relate to ordinary subjects, such as what to make for dinner or buy from the store.

In a recorded police interview on Jan. 13, Jeff West can be heard describing the hours he and his wife spent on the evening of Jan. 12 going out to dinner and then stopping by a liquor store before going home as “a really good night.” He said he lay down at about 10:30 p.m. that night.

Calera Police Department Sgt. Mike Mehlhoff testified he took screenshots of each of the phones’ health data logs, which indicate movement by recording distance and steps.

Officers who first responded to the scene have attested to finding Kat West’s body outside of the couple’s home, partially in the street and on the curb, with a pool of blood by her head.

According to court records filed in February 2018, Jeff West was arrested and charged with allegedly using a bottle of Lucid Absinthe to kill his wife.

The liquor bottle was obtained as evidence and sent to a latent print examiner, who confirmed in his testimony that two latent prints from the bottle were identified as belonging to Jeff West.