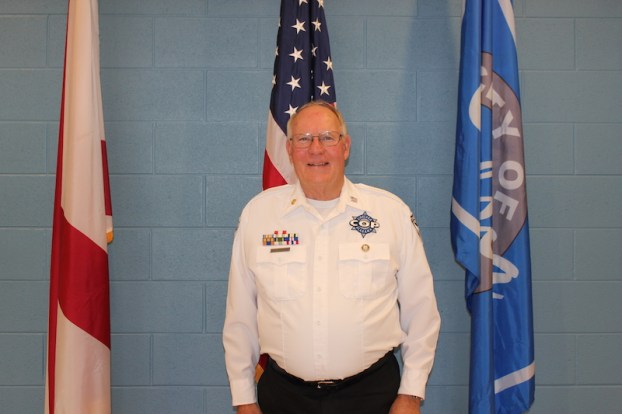 Dale Neunendorf loves the outdoors, travel and volunteering to help his community. (Contributed)

An Alabama native, Dale Neunendorf was born in Greenville.

“I love Alabama; the climate and the people are about as good as it gets,” said the 74-year-old. Dale has been married to Mary for 53 years. They have three children and seven grandchildren. Dale and Mary live in Chelsea on 7 acres with a large barn, two ponds (one for catfish and the other for bream and bass) and love to spend time outdoors, to travel and to work on volunteer projects that benefit the greater Chelsea and Shelby County areas.

Neunendorf’s community involvement over the years has been extensive to say the least. He has been a member of Chelsea Citizen Observer Patrol (COP) since 2006 and served as director for two years. In 2011, he was Chelsea COP Volunteer of the Year and is a graduate of the Shelby County Sheriff’s Citizen Academy.

An ordained Southern Baptist Deacon, Neunendorf has been a member of Double Oak Community Church at Mt. Laurel since 2008 where he is serving as a deacon. Double Oak serves over 30 different organizations, such as Kings Home and Alabama Childhood Food Solutions, through their Serve United Programs that support and assist the community, according to Neunendorf.

He served as a Chelsea City Council member for six years and member and ambassador with South Shelby Chamber of Commerce. He was the Chamber’s Volunteer of the Year in 2010. Neunendorf received a Basic and Advanced Municipal Official certification from the Alabama League of Municipalities. He is a past member of the Shelby County Historical Society and has been a member of the American Legion Post 911 for the past 15 years.

After graduating from Troy State University with a degree in business administration and marketing in 1969, Neunendorf began a 30-year career with IBM. He spent three years on active duty as a U.S. Army officer and went on to serve in the Alabama Army National Guard for 23 more years. In 2003, he and his family moved to Chelsea, according to Neunendorf “to enjoy the quiet country life and avoid Highway 280 traffic.”

A licensed private and commercial pilot with multi-engine and instrument rating since 1971 and a member of Shelby County Aviation Association, Neunendorf insists, “I love anything that has to do with aviation. It is a fun part of my life and one of my hobbies. I’ve always been fascinated with the adventure of flying. It’s exhilarating to be up there, and I dream about it almost every day. There’s just nothing else like being as free as a bird up in the sky.”