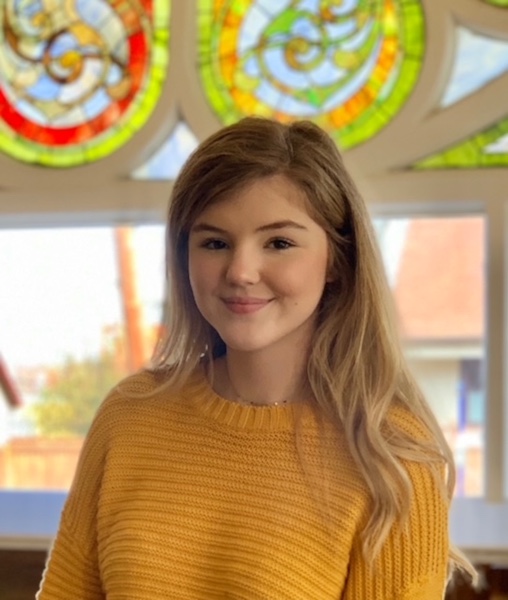 McGee, a junior at THS, is one of three students currently at the school who have earned a perfect score of 36 on the test.

McGee is the daughter of Joseph and Traci McGee. Traci works at THS as a counselor and expressed her pride in the significant achievement by her daughter.

“She challenges herself in every way, and even though she’s hit that ‘dream score,’ she’s not going to let up.  This was a huge goal for her, and she feels an incredible sense of accomplishment, but she’s already moved her focus to other goals, and I’m hoping she gets to accomplish everything she sets out to do,” Traci said. “As her mom, I’m just so proud of everything she’s done already, and I am so glad that she’s one step closer to her dreams.”

McGee plans to attend a United States Service Academy and serve her country by pursuing a career as a neurosurgeon through military service.

“Abby decided in the 6th grade that she wanted to attend a service academy,” Traci said. “We were watching the 2015 Army-Navy football game, and I still remember how much the cadets and midshipmen inspired her that day.  I think she was moved by the respect and admiration her dad and I had for those young men and women, because they honestly could have attended any school in the country, but instead chose to miss out on the ‘typical’ college experience in order to serve their country.”

Her mom said that she would like to attend West Point, the Annapolis United States Naval Academy or the Coast Guard Academy.

Traci explained that she saw her daughter as a passionate young woman, who is growing and learning every day as she inches closer to adulthood.

“We were recently talking about quotes that inspire her, and she said that her favorite one right now is, ‘I learned to always take on things I’d never done before. Growth and comfort do not coexist,’ from IBM CEO Ginni Rometty,” Traci explained. “I think Abby is becoming comfortable with being uncomfortable, and that’s really exciting to see.”

McGee’s achievement is notable as fewer than one half of a percent of all students who take the ACT earn a perfect score. She is one of 4,879 students in the country for the class of 2019 to get this score.