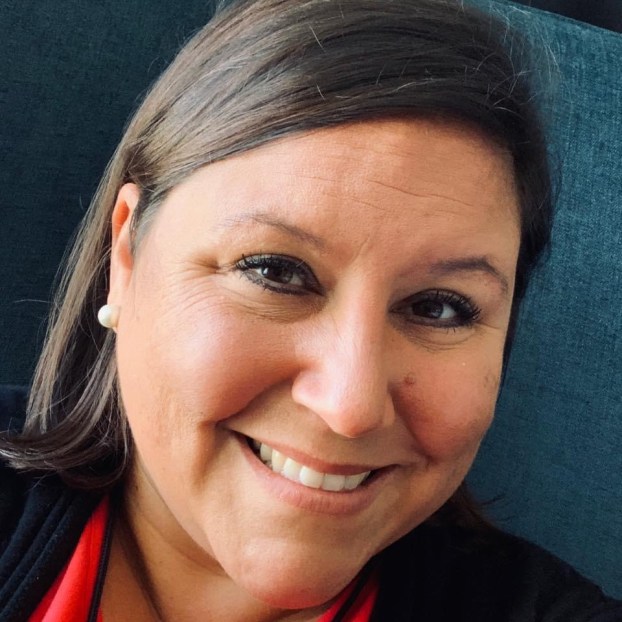 Stroke survivor Shay Traywick is sharing her story to help others recognize the warning signs of a stroke. (Contributed)

ALABASTER – Most people never expect to experience a stroke and usually are unaware of the symptoms that present before a stroke happens.

Shay Traywick, an instructional coach for Shelby County Schools, unfortunately had to learn these symptoms firsthand when she suffered a stroke in 2019. Now in honor of Stroke Awareness Month, she is speaking out about her experience so that others can be aware and spot the signs before it is too late.

“Almost two years ago when I was 39 I began having symptoms that I would have generally ignored,” Traywick said. “However, I started talking to my friend who was a nurse that convinced me that I should probably go to the emergency room. I felt silly going, because I did no think my symptoms would warrant a visit.”

Traywick said that her symptoms began with numbness in her jaw on one side that slowly progressed throughout her whole mouth.

“My mouth started to droop, but I did not even notice that until I was at the hospital being assessed,” Traywick said. “My strength on that side started to weaken and I even ended up dragging my foot because of the numbness. A lot of these symptoms I didn’t realize until I was being assessed. You just don’t notice some of these things, because of how the stroke affects you.”

With the swift advice of her nurse friend, Traywick quickly made her way to Shelby Baptist where she said she received immediate attention, which she believed staved off any long-term effects from the stroke.

“They were excellent to me,” Traywick said. “As soon as I started describing the symptoms I was experiencing they took me back and began dealing with the blood clot that caused the stroke. Every minute that goes by after a stroke can be potential damage to your brain. I am so grateful to be here today to share my story.”

Her recovery inspired her to reach out and share her story so that the importance of recognizing the signs of a stroke, especially during Stroke Awareness Month, is emphasized to the local community. On May 6, Traywick will speak with students and faculty from Alabaster City Schools during a lunch and learn event to spread awareness.

“At this point I felt like it was time to share my story because a lot of people my age without significant health issues feel like they are not at risk,” Traywick said. “What I am saying is that it does not matter how old you are. Anyone could have a stroke at any moment so it is important to recognize the symptoms when they happen to ensure that you can get proper medical care in time. I want people to not be afraid of feeling silly like I did.”