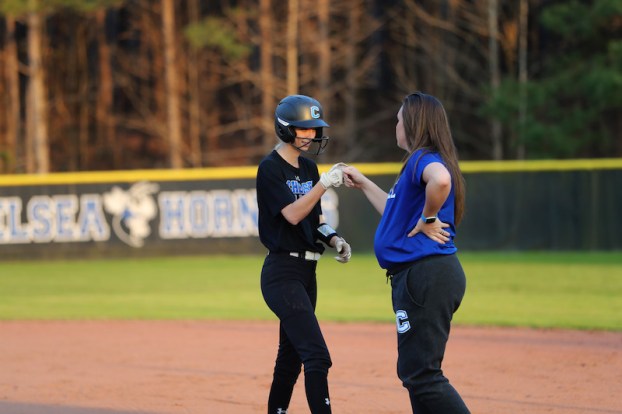 The Chelsea softball had its season end at the regional tournament in the first year under head coach Whitney Gillespie-Therrell. (For the Reporter/Cari Dean)

Taking on one of the most difficult schedules in the state, the Hornets powered through the regular season, winning the regular-season area championship with a perfect record and then sweeping through the area tournament championship to earn a spot at regionals.

Competing in the East Regional in Montgomery, the Hornets took their opening game 16-0 in a win against Huffman to advance in the winner’s bracket, but then ran into back-to-back difficult matchups.

Even with the losses, Chelsea finished the season 24-17 overall in their head coach’s first year with some of its best talent returning next year to build off this year’s run.

In the opening game at regionals, Chelsea put together a remarkable 16-run first inning to take down Huffman 16-0 in three innings.

The Hornets drew 17 walks in the win and only had one hit. Caroline Moore drew three walks and had one RBI, while Carly Taylor led the team with two RBIs. Madelyn Clines and Abby Hibbs both had one RBI each.

In short work in the circle, Moore had a perfect game allowing no hits, runs or walks with eight strikeouts in the complete-game win.

That led into a matchup with Mortimer Jordan in the winner’s bracket where the Hornets drew five more walks, two each from Jadyn Buff and Katie Goss, but they only had two hits and never could find any success offensively, leaving eight on base in a 4-0 loss.

That put Chelsea in the loser’s bracket against Gardendale needing three consecutive wins to advance to the state tournament.

Chelsea battled back with one each in the top of the fourth and fifth innings to get within a run of the lead.

The Hornets, however, left the bases loaded in the fourth and two on in the fifth to miss scoring opportunities, which became costly late.

Gardendale added one more insurance run in the sixth inning to take a 5-3 lead, which became enough after the Hornets left nine on base in the game.

Buff led Chelsea with two hits, one walk and an RBI, while Goss added two hits. Olivia Bergert, Hannah Marler, Madeline Epperson and Natalie Romager all had one hit in the final game of the season.