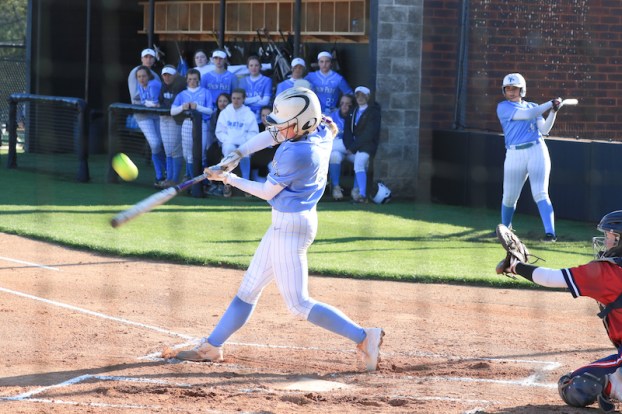 Spain Park's Annabelle Widra has been named this year's Miss Softball winner as the state's top player and also earned an All-American nod to play in the Premier Girls Fastpitch All-Star game. (For the Reporter/Dawn Harrison)

HOOVER – Annabelle Widra had already left her mark on softball at Spain Park High School and in the state of Alabama before Saturday, June 12, but she had one more mark to leave.

A starter on the Spain Park softball team since the seventh grade, Widra cemented her spot in state history by becoming the 18th Miss Softball winner.

The award made her this year’s top softball player in the state as voted on by the Alabams Sports Writers Association and brought to an end a spectacular six-year career.

“This really means a lot to me,” Widra said. “It’s just an incredible honor. No matter how many losses good or bad, or how things turn out, it means all the hard work paid off, so it’s really good.”

Widra also topped the Super All-State team which ranks the top 12 players in the state regardless of classification, while she was also named this year’s county Player of the Year, to the All-County first team and to the All-State first team.

The honors were well deserved for the now Michigan Wolverine after she dominated both in the circle and at the plate again this season for the Jaguars.

Widra gave up just 63 hits, half of what the next best pitcher in the county did, and allowed just 30 total runs. She also finished third in the county with 236 strikeouts with Helena’s Camryn Bailey and Vincent’s Maddy Walker finishing just ahead.

As she did every year, however, she showed she was more than just a pitcher. As a shortstop and second baseman in the field, she not only played well defensively, but held a .490 batting average and tied for the most home runs in Shelby County with 15.

She totaled 49 hits and 47 RBIs during her senior season thanks to eight doubles and three triples. She also walked a county-high 30 times with pitchers trying to get around her and finished third in the county with 32 stolen bases.

During her four years with the Jaguars, Widra combined for 1,205 strikeouts.

She stormed onto the scene as a seventh grader when she totaled 118 strikeouts despite not starting a game until March and only pitching half the season.

Widra followed that with 272 strikeouts as an eighth grader, 264 as a freshman, 237 as a sophomore 78 during a shortened junior season due to COVID-19 and 236 during her final season.

She also kept her ERA under 2.0 every season.

Widra, who has now either won outright or shared the county’s Player of the Year award since her eighth grade year, has done more than leave a legacy in the county, she has left her mark as one of the best softball players in Alabama history.

In addition to being named the state’s top player, she will also join some to the country’s best prospects when she suits up in the Premier Girls Fastpitch All-Star game.

Widra will play for the East team as a national All-American, making her one of top 40 players in the country.