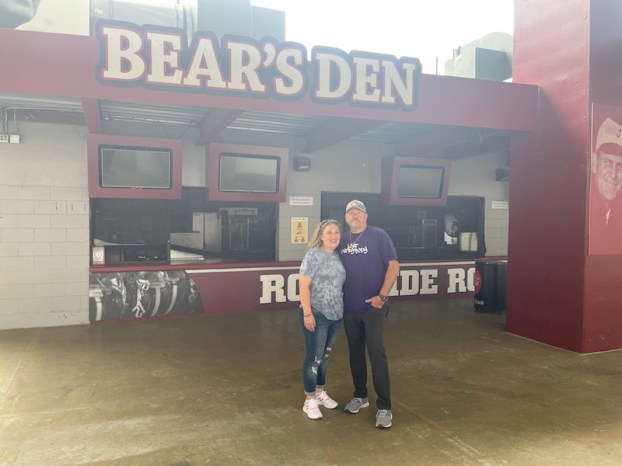 Chubbfathers is set to open in Bryant-Denny Stadium this fall as a food vendor. (Contributed)

ALABASTER – Those attending games and events at Bryant-Denny stadium will be able to have a familiar taste as Chubbfathers is set to open inside the venue for the next three seasons of games.

Chubbfathers Owner Will Cholewinski said that after some conversations and meetings that he is preparing to start offering his signature food at the venue for the upcoming football season.

“We had a lot of conversations with them and came up with a plan that was beneficial to everyone,” Cholewinski said. “Obviously I had thought about doing this before, but it is not something that I knew how to go about making it happen. In the meetings the thing that impressed me the most was that they researched us and knew more than I expected going into it.”

While he said that he expects it to be a challenge at first, Cholewinski explained that he is ready to tackle the task head on.

“Scared money don’t make money,” he said. “Part of the reason why we survived is because we have the ability to adapt and change. I understand the food industry as a whole is a variable situation, but we are ready to take this on.”

Having developed a successful model running the brick and mortar Chubbfathers, Cholewinski said this opportunity carried a special significance as he embraced Nick Saban as an inspiration.

“Even though I am not an Alabama fan, Nick Saban is the greatest,” Cholewinski explained. “If you look at his process and the way he runs his program…that has always been an inspiration to me. To really feel like we are wanted and we will bring something to the table it is an opportunity I really could not pass up on.”

The menu will be a simplified version the restaurant’s, featuring the Chubba Burger, different French fry dishes, and sandwiches.

Cholewinski said that he hopes this opportunity will give him an opening to expand the Chubbfathers brand into a larger market.

“One of my goals eventually is to build a following with not only the customers, but the group who manages food services for other stadiums,” he explained. “There is a lot that goes into that though, like hiring people in different states and hoping that they can execute the menu the way I would. With that said If anybody from Jordan-Hare is reading this article, call me. I would love to be there or at somewhere like UAB.”