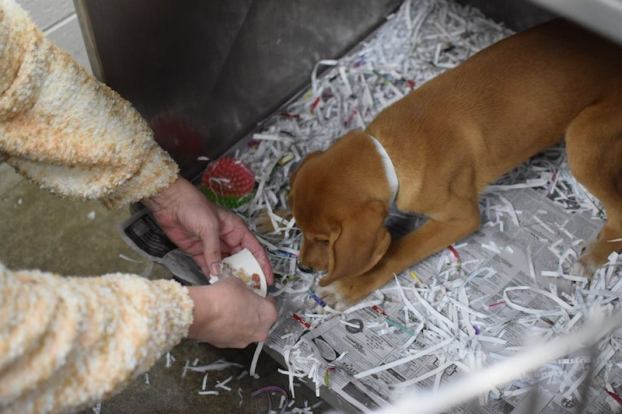 Shelby Humane is closing the shelter until at least July 6 due to multiple cases of parvo in dogs. (File)

COLUMBIANA — Due to multiple positive cases of parvo within the past month, Shelby Humane has elected to close the shelter on McDow Road until at least July 6, according to Tree Gentle Davidson, director of development.

The canine parvovirus, which is extremely contagious and found mainly in dogs, has resulted in the dog kennel being quarantined for a two-week period following each detection of the virus.

A press release from Shelby Humane stated the decision was made in the best interest of the animals’ health, and that deep cleanings and close health observations would continue to ensure the virus is eliminated from the facility.

“We regret any inconvenience regarding this closure,” the release stated. “Please understand that closure is the only way to prevent further spread of this very contagious illness.”

Davidson said parvo tends to have a relatively high fatality rate, and that the disease is seen more frequently in puppies than in adult dogs.

“It’s not an uncommon thing, and in our cases where we expect strays and animal surrenders and things like that, and this is puppy and kitten season,” Davidson said. “We really want to do the best for the animals and the best for the public to keep everybody safe.”

Every dog that comes into the shelter receives a parvo vaccine, but the vaccine does not provide a cure for those who already have the virus. Parvo can take up to a week before symptoms begin to manifest, Davidson noted.

“We have a great foster program,” Davidson said. “A lot of our fosters will take them home and take care of them until the kittens weigh enough to come back to the shelter.”

Treating puppies for parvo is very expensive; it costs about $500 per puppy for treatment, as well as vaccines. The shelter is asking for donations, which can be made by visiting Shelbyhumane.org/donation.

Other Shelby Humane programs will continue to serve the public as usual. For more information, visit Shelbyhumane.org, the organization’s Facebook page or contact Davidson at 205-670-1772.