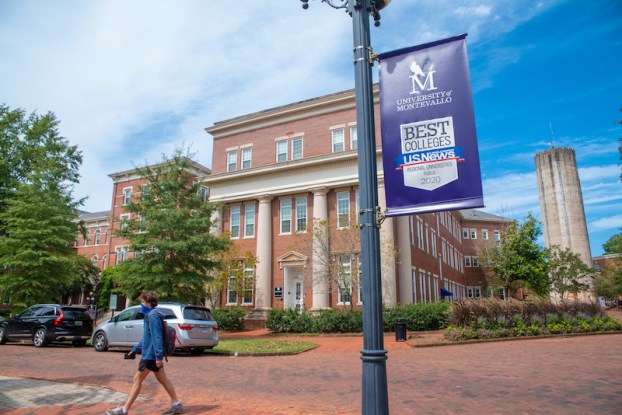 The University of Montevallo was named the top-ranked public regional university in Alabama for the 13th consecutive year by U.S. News & World Report. (File)

By NEAL WAGNER | Special to the Reporter

MONTEVALLO – For the 13th consecutive year, the University of Montevallo continues to be the top-ranked public regional university in Alabama, and again has earned a plethora of other accolades in U.S. News & World Report’s 2022 Best Colleges rankings.

The publication released the rankings on Sept. 13, and UM earned praise for its high value to students, service to veterans and for being one of the top regional public universities in the South.

Montevallo was named the best value out of all Alabama regional universities included in the rankings, and climbed significantly from its 2021 Best Value School rankings to place No. 6 in the South.

U.S. News and World Report formulated the Best Value School rankings based on the ratio of quality to price, percentage of students receiving need-based aid and the average discount provided by need-based aid.

“For 125 years, our faculty and staff at the University of Montevallo have been putting students first. Our US News & World Report rankings reflect their devotion and our institution’s commitment to providing outstanding educational outcomes for a reasonable tuition,” said Dr. John W. Stewart III, UM president. “For us to be ranked the No. 6 Best Value School demonstrates that our institutional family understands the value proposition of a first-class educational enterprise.”

In the Top Regional Universities category, UM ranked in the top 30 in the South while being compared with public and private schools throughout 12 states, and was the top-ranked public university in Alabama in the category.

Montevallo was also named the top college in the state for veterans, and ranked in the top 10 in its category in the South.