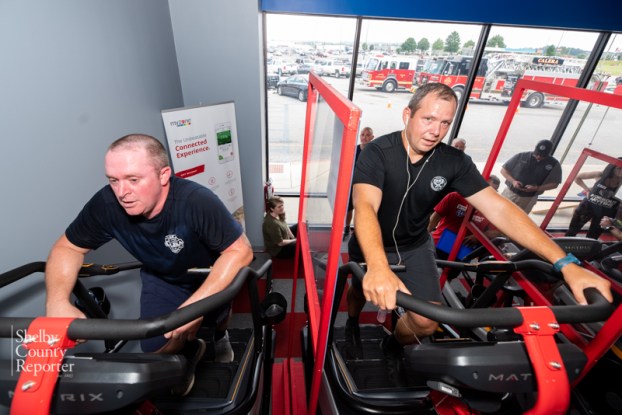 By SCOTT MIMS / Special to the Reporter

CALERA – Anyone can work out in exercise clothing—but to walk thousands of steps in full firefighter turnout gear is another feat entirely.

To honor those heroes who gave their lives on that fateful day 20 years ago in the wake of the Sept. 11, 2001 terrorist attacks, members of Calera Fire and Calera Police departments participated in the 9/11 Stair Climb Challenge at Workout Anytime from Sept. 6-11 to see who could walk the equivalent of 2,071 steps—the number of stairs in each of the World Trade Center towers—in the shortest time.

The event, which debuted last year, was expanded to an entire week for the 20th anniversary and included a timed competition and an ongoing fundraiser benefiting both departments. Members of the community were invited to watch their local first responders compete on Saturday, Sept. 11.

“I’m pretty sure everyone can remember that day when it happened,” said Workout Anytime owner Cedric Bridges. “For me, it was such a horrific feeling to see airplanes flown into the towers and to see an attack on our land. The first responders and everyone who ran into that tower—a lot of them knew that they were not going to survive, and I just want to keep honoring them. We just always want to keep that memory alive, and show our appreciation and support.”

“We want to congratulate Jacob Weissman for having the best overall time on the stair climb (with gear), and we also want to recognize Calera Fireman Shane Stoudenmire,” Bridges said. “Shane participated in the police versus firemen challenge, but he also came back. He did it twice—he did the stair climb in commemoration of all the heroes who lost their lives. He did it with the full fire suit on with the helmet and backpack.”

Bridges added that the event also served to honor local first responders who put their lives on the line every day for their community.

“They are true heroes, and we just want to honor them with that,” he said.

While the challenge is over, the fundraiser continues in an effort to reach the goal of $2,000, which will be donated to the Calera Fire Department and Calera Police Department. Bridges said anyone can make a donation or purchase a T-shirt for the remainder of the week. He said membership has dropped off, which has had a negative impact on the fundraising efforts, but he is still optimistic.

“I still feel confident we’re going to reach our goals here,” Bridges said. “I would like to thank the local community for participating and coming together for a good cause.” 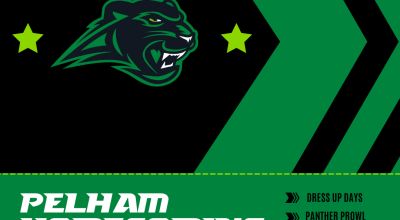 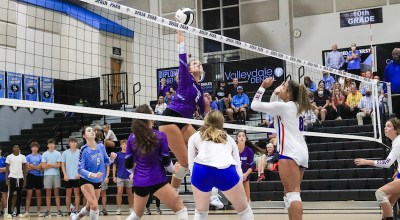 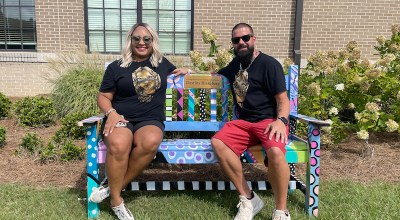 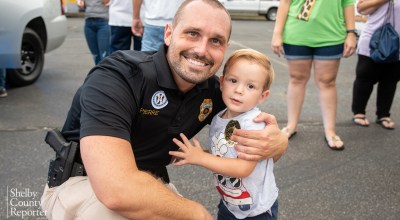 Hope through the storm